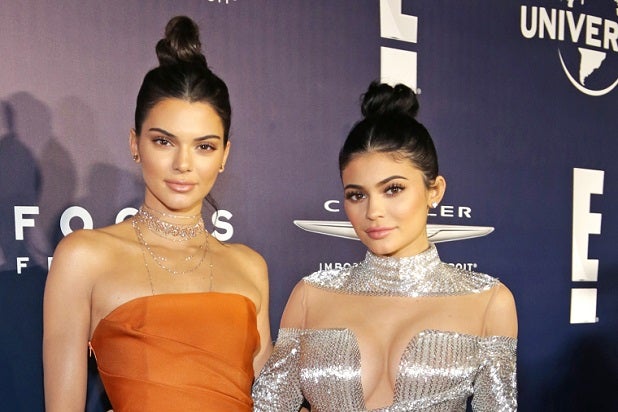 A photographer is suing Kendall and Kylie Jenner, saying that they ripped off his photos of Tupac Shakur for their since-pulled line of shirts.

The suit, filed in federal court in California on Friday, says that Michael Miller — described as “a renowned professional photographer with a remarkable body of work” — “at no time sought to associate his work with Kendall or Kylie or any of their companies.”

And with good reason – an association with Kendall is particularly problematic
given that she was complicit in not one but two of the worst public relations disasters
in recent memory,” the suit continues, in reference to Kendall Jenner’s widely reviled, protest-themed Pepsi ad and promotion of the doomed Fyre Festival.

Nonetheless, the suit continues, the Jenners misappropriated two photos he took of Shakur.

The Jenners “at no times notified Miller that they intended to exploit his
photography, let alone obtained his authorization,” the suit continues. “This unauthorized usage constituted copyright infringement, amongst other things.”

The suit is seeking unspecified damages.

The Jenners pulled the T-shirt line — which featured images of Shakur, Biggie Smalls, Ozzy Osbourne and other artists — shortly after introducing it, after widespread criticism.

One of the most vocal critics was Voletta Wallace, the mother of Smalls, who accused the Jenners of using her deceased son’s image without permission.

“I have no idea why they feel they can exploit the deaths of 2pac and my Son Christopher to sell a t-shirt,” Wallace continued of the shirt, offered as part of the Jenners’ collection of vintage-inspired T-shirts. “This is disrespectful, disgusting, and exploitation at its worst!!!”

To further emphasize the point, Wallace posted an image of the shirt with a red “X” drawn over it, with the message, “THIS PRODUCT HAS NO AFFILIATION TO THE NOTORIOUS B,I,G. ESTATE. The estate was never contacted about using The Likeness of Biggie.”

Meanwhile, lawyers for the Notorious B.I.G. and Jim Morrison sent cease-and-desist letters to the Jenners over the shirts, which featured the Jenners’ faces superimposed over images of living and dead musicians.

“These designs were not well thought out and we deeply apologize to anyone that has been upset and/or offended, especially to the families of the artists,” the social-media mea culpa read. “We are huge fans of their music and it was not our intention to disrespect these cultural icons in anyway [sic]. The tee shirts have been pulled from retail and all images have been removed.”

The apology continued, “We will use this as an opportunity to learn from these mistakes and again, we are very sorry.”

19 Families Exploited for Reality TV Stardom: 'The Osbournes' to 'I Am Cait' (Photos)

Nick Lachey of “Lachey’s Bar” and Caitlyn Jenner of “I Am Cait” join the list of celebrities who exposed loved ones to the public eye, for better or worse

Black Sabbath rockstar Ozzy Osbourne and his manager-wife Sharon were one of the first star families to open their home to cameras. The show was expected to return for another season in 2015, but MTV scrapped the plans.