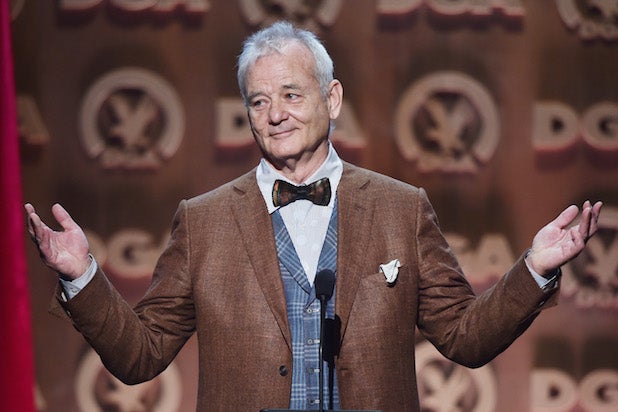 Bill Murray will be awarded the Mark Twain Prize for American Humor on Oct. 23, the Kennedy Center for Performing Arts announced on Monday.

“An award-winning writer, actor and comedian, his brilliant wit and infectious spirit continue to inspire our laughter across generations both on and off the screen,” President of the Kennedy Center Deborah F. Rutter said in a statement. “His unique brand of humor seems to defy time itself — always remaining relevant and relatable to new audiences — much like our award’s namesake.”

Murray is best known for his iconic roles in “Caddyshack,” “Groundhog Day,” “Ghostbusters,” “Lost in Translation,” and “Saturday Night Live.”

The Mark Twain Prize for American Humor was established in 1998 and honors America’s greatest comedians. Past awardees include Eddie Murphy, Tina Fey, Ellen DeGeneres, Will Ferrell, and Carol Burnett.  The ceremony — which will be recorded and broadcast at a later date — also serves as a fundraising event to support the Center’s ongoing educational and artistic initiatives for students, educators, and families.

“I’m honored by this award and by its timing,” Murray said in a statement. “I believe Mark Twain has rolled over in his grave so much for so long, that this news won’t disturb his peace.”