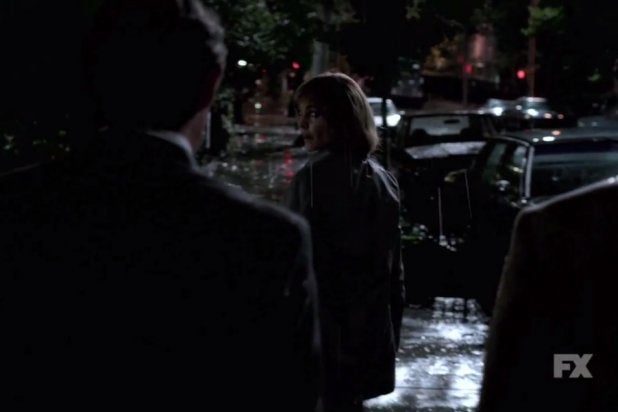 With “Sons of Anarchy” having just ended its run, is it time to look to “The Americans” as the next great FX drama? The latest trailer for the upcoming third season of the show about an American family of Soviet spies in the 1980s promises more action, intrigue and serious threats to Keri Russell and Matthew Rhys than ever.

Russell and Rhys portray two Russian agents who were paired together and sent to the United States to infiltrate American life and act as spies for the Soviet Union. While they remain mostly committed to the cause for themselves, the situation grew more emotionally complicated when they had children.

Making things even more tricky, their new neighbor is an FBI agent, portrayed by Noah Emmerich.

While the Season 3 trailer doesn’t go into too much as far as specifics go, it does show that the intelligence situation is reaching a boiling point between the United States and the Soviet Union, and that Russell and Rhys are in greater danger than ever before.

And then there’s their daughter, who is starting to suspect something is up. Russell is considering telling her the truth, and maybe even recruiting her for the cause, but that’s something Rhys has far more reservations about.

Under a sinister (is there any other kind?) rendition of The Police’s “Every Breath You Take,” the conflicts both personal and professional escalate to deadly levels.