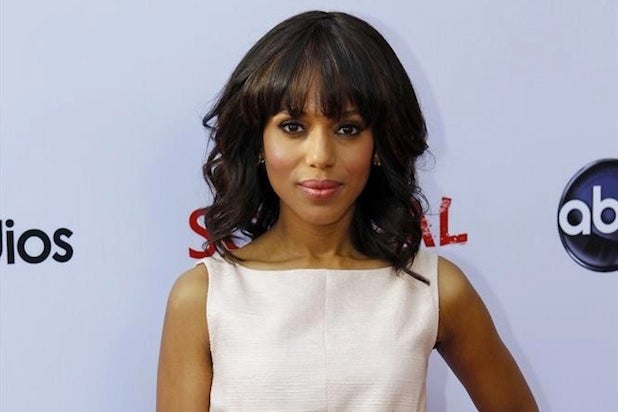 Kerry Washington looks spot on as Anita Hill in the first image released by HBO for their upcoming film “Confirmation.”

Hill was called to testify at Supreme Court Justice Clarence Thomas’ 1991 Senate confirmation hearing when it was revealed she had accused him of sexual harassment while he was her supervisor years earlier. The film will focus on the confirmation hearings and the effect they had on Hill and the country at large.

In addition to Washington, the film stars “How I Met Your Mother” alum and “Avengers” star Cobie Smulders as Harriet Grant and “The Wire” star Wendell Pierce as Clarence Thomas.

Susannah Grant wrote the screenplay and serves as executive producer along with Washington, Michael London and Janice Williams for HBO Films in association with ABC Signature and London and Williams’ A Groundswell Production. “Dope’s” Rick Famuyiwa is directing.

“Confirmation” does not currently have a release date.

FIRST LOOK. @KerryWashington as Anita Hill on the set of the HBO Film, CONFIRMATION. pic.twitter.com/Hc98wArzZO