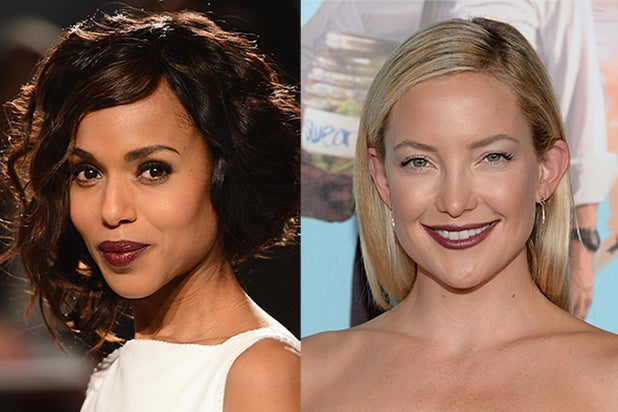 Kerry Washington and Kate Hudson are in early talks to star in Amma Asante’s Warner Bros. thriller “Unforgettable,” an individual familiar with the project has told TheWrap.

Story follows a man and his new bride who are tormented by his ex-wife. It’s not yet known which actress would take which role, as talks are still in the early stages.

Asante (“Belle”) will direct from a script by Christina Hodson. Warner Bros. executives Andy Fischel and Racheline Benveniste will oversee the project for the studio.

Washington is best known for starring on ABC’s political drama “Scandal,” but she also has several impressive film credits to her name, including “Django Unchained” and “Ray.” She’s represented by CAA and Washington Square Films.

The news was first reported by Variety and Deadline.