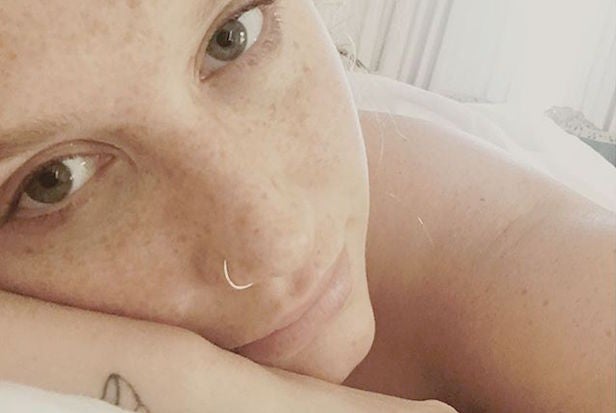 Pop star Kesha has claimed that her former mentor Lukasz “Dr. Luke” Gottwald would release her from her record deal if she denied allegations he sexually abused her and issued him a public apology — which she refuses to do.

In an Instagram post on Sunday, Kesha wrote, “I got offered my freedom if i were to lie. I would have to apologize publicly and say that I never got raped. This is what happens behind closed doors. I will not take back the truth. I would rather let the truth ruin my career than lie for a monster ever again.”

The offer in question has been on the table for nearly a month, an individual familiar with the situation told TheWrap on Sunday, but Kesha was not interested in compromise. A Kesha spokesperson had no comment.

On Sunday afternoon, a spokesperson for Gottwald again refuted the singer’s claims. “The Court repeatedly stated Kesha is already free to record without Dr. Luke, and that she had not presented any facts supporting her claims.  That’s because all the evidence — including Kesha’s own videotaped sworn testimony — show her allegations are false,” Gottwald’s rep said.

“The only thing Kesha is not free to do is to continue to lie about Dr. Luke through publicity stunts and outrageous smears, ignoring the fact that by her own free will she went to work and entered into new contracts with Dr. Luke years after this ‘incident’ supposedly happened. Her goal all along has been solely personal enrichment by seeking to break contracts that brought her success and millions so she can enter into more lucrative ones.  We look forward to our day in court holding Kesha accountable for her lies.”

The singer has been embroiled in a legal battle with Dr. Luke’s Sony Music-based Kemosabe Records over the contract, which says the “Tik Tok” singer owes up to six more studio albums to her alleged abuser.

In mid-February, New York Superior Court Justice Shirley Kornreich denied Kesha injunctive relief from her deal, citing a lack of evidence for her allegations of abuse and ruling that she still owes the Sony-based label six full studio albums.

Releasing Kesha from the deal would undermine state contract law, Kornreich decided. Kesha has a standing offer from Sony to record music with zero involvement from Gottwald although he would still profit.

so. I got offered my freedom IF i were to lie. I would have to APOLOGIZE publicly and say that I never got raped. THIS IS WHAT HAPPENS behind closed doors. I will not take back the TRUTH. I would rather let the truth ruin my career than lie for a monster ever again.