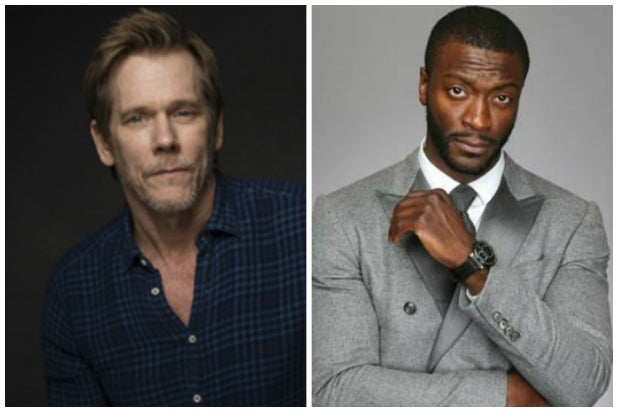 Kevin Bacon and Aldis Hodge are set to star on Showtime’s drama pilot, “City on a Hill,” which hails from Ben Affleck, Matt Damon and Jennifer Todd.

“Kevin Bacon radiates intelligence and mystery with every role he plays,” Showtime president and CEO David Nevins said in a release to the media. “He is a gifted, mesmerizing actor who will be the perfect partner and foil to Aldis Hodge, one of Hollywood’s rising talents and someone primed to stand at the center of this powerful drama.”

Also Read: Ben Affleck After Flood of Sexual Misconduct Scandals: 'I'm Looking at My Own Behavior'

Here’s the official “City on a Hill” description, per Showtime:

In the early 90s, Boston was rife with violent criminals emboldened by local law enforcement agencies in which corruption and racism was the norm, and then it all suddenly changed. “City on a Hill” is a fictional account of what was called the “Boston Miracle.” The change agent is District Attorney “Decourcy Ward” (Hodge) who comes from Brooklyn and forms an unlikely alliance with a corrupt yet venerated FBI veteran, “Jackie Rhodes” (Bacon), who is deeply invested in maintaining the status quo. Together they take on a family of armored car robbers from Charlestown in a case that grows to encompass and eventually upend Boston’s city-wide criminal justice system.

Production will begin in Boston later this year.