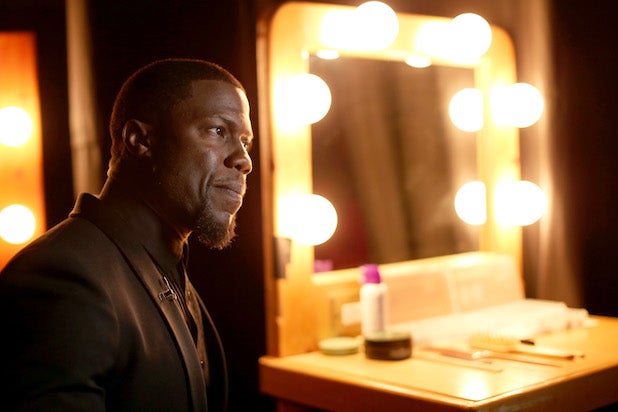 The monetary value of the deal was not disclosed, but as a part of the agreement NBCUniversal took an equity investment in Laugh Out Loud.

The partnership also gives Peacock a first-look deal with Laugh Out Loud, the ability to distribute all of the network’s catalog on the service, a Kevin Hart comedy special produced by Laugh Out Loud, a series of short-form content exclusively for Peacock, and a new original interview series called “Hart to Heart.”

“In partnering with Peacock through my Laugh Out Loud network, we’re able to bring our comedy in color proposition to an even broader audience,” Hart said in a statement. “Their investment in Laugh Out Loud takes us to the next level, furthering our mission to build the biggest comedy company in the world by amplifying diverse, hilarious comedic voices. So thankful and appreciative for the opportunity.”

Hart has a host of big screen projects in different stages of development, as well as a show with Quibi. He also hosts several shows already on the Laugh Out Loud network, including “Cold as Balls,” in which he interviews athletes while sitting in an ice bath, and “Lyft Legend.”

NBCUniversal, during a Comcast investor meeting on Thursday, unveiled its long-awaited streaming service Peacock to the world. Peacock is entering a crowded streaming landscape dominated by Netflix and Amazon, and made even more competitive by new entrants such as Disney+, Apple TV+ and WarnerMedia’s forthcoming HBO Max.

“This is a very exciting time for our company, as we chart the future of entertainment,” NBCUniversal Chairman Steve Burke said in a statement. “We have one of the most enviable collections of media brands and the strongest ad sales track record in the business. Capitalizing on these key strengths, we are taking a unique approach to streaming that brings value to customers, advertisers and shareholders.”

Peacock will offer a tiered subscription model, including a free, ad-supported version and Peacock Premium. The premium service will have an ad-supported version included for the 24 million Comcast and Cox subscribers. Premium customers can upgrade to an ad-free experience for an additional $5 per month, or any customer can purchase the ad-free experience directly for $10 per month.