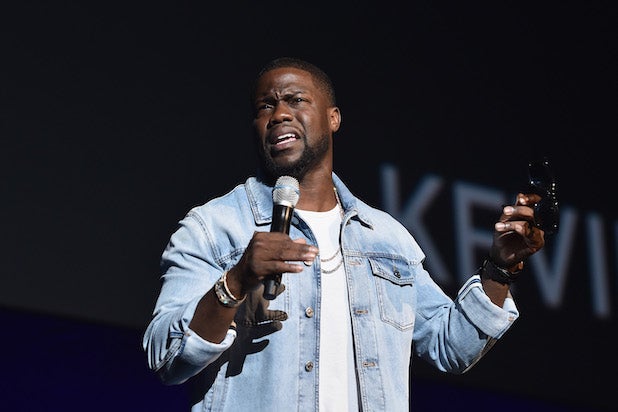 Kevin Hart stepped down as host of the 2019 Academy Awards and apologized for homophobic comments from a decade ago, two days after he was announced as the show’s host.

“I have made the choice to step down from hosting this year’s Oscar’s….this is because I do not want to be a distraction on a night that should be celebrated by so many amazing talented artists,” Hart said on Twitter. “I sincerely apologize to the LGBTQ community for my insensitive words from my past.”

“I’m sorry that I hurt people,” he continued. “I am evolving and want to continue to do so. My goal is to bring people together not tear us apart. Much love & appreciation to the Academy. I hope we can meet again.”

The Academy of Motion Picture Arts and Sciences did not respond to multiple requests for comment from TheWrap.

Earlier Thursday night, Hart refused what he said was an ultimatum from the Academy to apologize, or step down as host. Hart previously apologized for the comments in 2015.

“I just got a call from the academy and that call basically said, ‘Kevin, apologize for your tweets of old or we’re going to have to move on and find another host.’ They’re talking about the tweets from 2009, 2010. I passed, I passed on the apology,” Hart said in a video posted Thursday night to Instagram.

“The reason why I passed is I’ve addressed it several times. That’s not the first time this has come up. I’ve addressed it. I’ve spoken on it. I’ve said where the rights and wrongs were. I’ve said who I am now versus who I was then. I’ve done it,” Hart continued. “I’m not gonna continue to go back and tap into the days of old when I’ve moved on. I’m in a completely different space in my life.”

Hart deleted the tweets on Wednesday.

A person with knowledge of the situation told TheWrap Wednesday night that Hart’s team has been in talks with GLAAD, the country’s largest LGBTQ media watchdog group. The individual asked not to be named.

In an Instagram video earlier Wednesday, Hart told his followers: “I swear man, our world is becoming beyond crazy. I’m not going to let the craziness frustrate me.”

“I’m almost 40 years old, if you don’t believe people change, grow evolve as the get older, I don’t know what to tell you,” he said defiantly.

A longtime GLAAD board member, Anthony Watson, who noted that he did not speak on behalf of the organization, called for Hart’s firing.

“I’m sick and tired of homophobes who are called out for their vile behavior and instead of apologizing they make light of what is an incredibly dangerous situation,” Watson said. “Literally hundreds of LGBT people around the world are murdered for who they are. Kevin Hart’s lack of an apology and lack of understanding speak volumes, in particular his condoning violence against his own children should they be blessed with being gay.”

Watson also slammed the Academy for “not conducting its due diligence.”

“I hope the Academy makes the right decision and replaces Kevin Hart immediately,” he said.