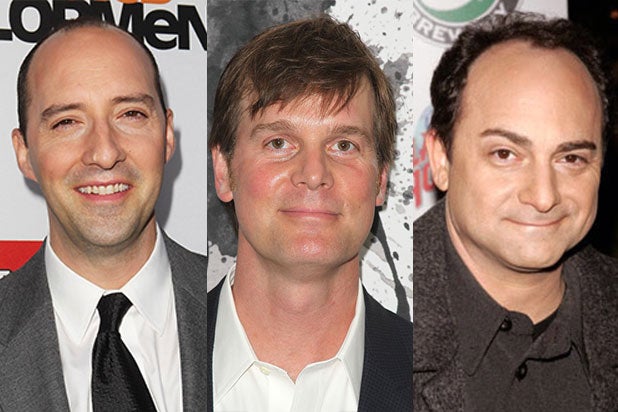 Charles Hood (“Freezer Burn”) is directing from a script he co-wrote with Seth Goldsmith. Production is currently under way.

Pally stars as Kevin, a workaholic who has a drunken one-night stand with Madeline, a beautiful train wreck who he’s horrified to discover is actually his boss’ jilted ex-mistress. When Madeline ingests an entire bottle of sleeping pills, Kevin is forced to keep her awake through the night. As the hours pass, they begin to fall for each other.

Toby Louie is producing the movie with Hood and Goldsmith, while Haven Entertainment’s Jordana Mollick and Brendan Bragg are executive producing.

Mollick and Bragg most recently produced the Leighton Meester-Gillian Jacobs comedy “Life Partners,” which will debut at the Tribeca Film Festival later this month.

Hale, who currently stars opposite Julia Louis-Dreyfus on HBO’s “Veep,” is best known for playing Buster Bluth on “Arrested Development,” which was recently revived by Netflix. On the feature side, he most recently shared the screen with Melissa McCarthy in Paul Feig‘s hit comedy “The Heat.” He’s repped by UTA and Framework Entertainment.

Hood and Goldsmith are repped by CAA and Haven Entertainment, while Pally and Salazar next co-star in the upcoming Universal comedy “Search Party.”