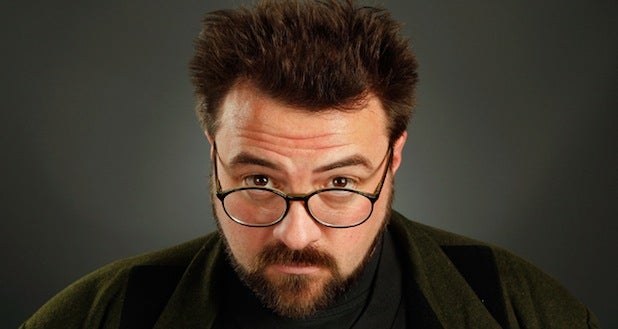 A24 and Demarest Films have teamed up on Kevin Smith‘s modern-day monster movie “Tusk,” which A24 will release wide in the third quarter of 2014, the distributor announced Tuesday.

“Tusk,” which stars Justin Long, Michael Parks, Genesis Rodriguez and Haley Joel Osment, was born out of one of Kevin Smith’s immensely popular SModcasts. Smith also wrote the film, which is currently in production.

Also Read: Kevin Smith on Ben Affleck’s ‘Batman’ Costume: ‘You Have Not Seen This Costume On Film Before’

“Tusk” stars Long as a journalist who finds the story of a lifetime in Mr. Howe (Parks), a worldwide adventurer with amazing tales and a curious penchant for walruses.

“We had the privilege of visiting Kevin on the ‘Tusk’ set and seeing some of his early footage. We can say with certainty that this movie will blow people’s minds. Truly one you’ll have to see to believe,” said A24.

“I’m as happy as the day Miramax bought Clerks back in ’94! We’re so lucky A24 fell in love with our walrus picture and jumped in the pool with us. I was a big fan of how they released ‘The Bling Ring’ and ‘Spring Breakers,’ so I was praying ‘Tusk’ would take root there. If anyone knows how to bring this flick to the masses, it’s them!” said Smith.

“We’re thrilled that A24 has joined us in backing Kevin’s wild, deviant vision. ‘Tusk’ will be a horror movie for the ages and we couldn’t imagine a better partner in bringing it to the world,” added Englebardt.