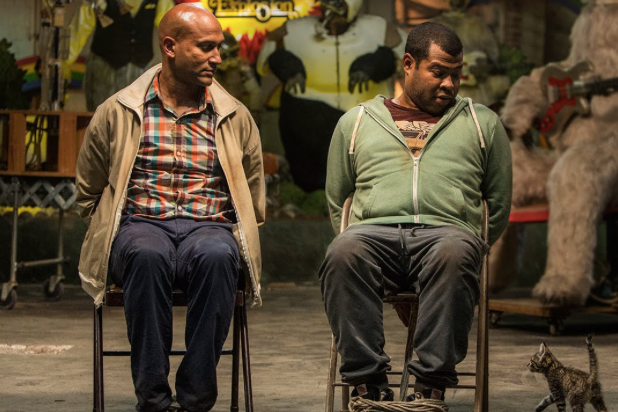 Keegan-Michael Key and Jordan Peele‘s kitten comedy, “Keanu,” could not claw its way into the hearts of moviegoers, bringing in a weaker-than-expected $9.4 million, as “The Jungle Book” reigned at No. 1 for a third straight weekend with a $42.4 million gross.

The Warner Bros. comedy, about two friends who infiltrate a violent Los Angeles street gang to take back their kidnapped kitten, was in a virtual dead heat for second place with Universal’s “The Huntsman: Winter’s War,” which beat “Keanu” by little more than $400,000 in its second week of release.

For “Keanu,” the box office result is significantly lower than the $15 million projections that were set last week by analysts who spoke with TheWrap. Nonetheless, it was in line the studio’s $10 million expectations. The film also has a respectable 75 percent Rotten Tomatoes score, which was likely not enough to push the title into must-see territory. In the scheme of things, the movie was made for just $15 million and is easily on track to make that back.

Also Read: 'Keanu' Puts a Respectable $560,000 in the Kitty at Thursday Box Office

And “Barbershop: The Next Cut” from Warner Bros. rounded out the top five with $6.1 million in its third weekend.

With characters voiced by Sylvester Stallone, John Goodman and Paul Giamatti, Focus Features animated movie, “Ratchet & Clank,” debuted at No. 7 with $4.8 million. It has a poor 19 percent rating on Rotten Tomatoes.