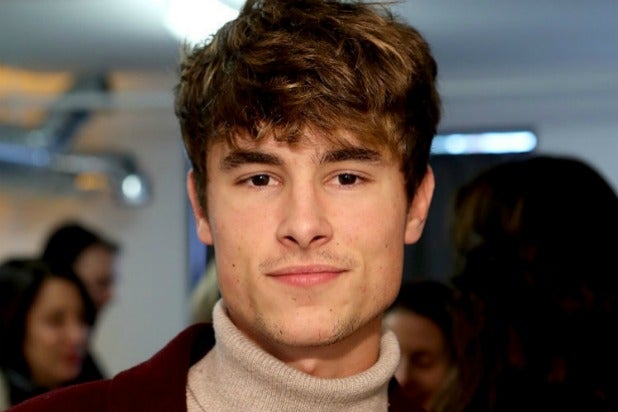 Citing “past comments and behavior,” Twentieth Century Fox Film has cut YouTube star Kian Lawley from the recently-completed YA adaptation “The Hate U Give,” and his role will be completely recast, the studio said Monday.

The decision comes after a video, uploaded in the past week, featured Lawley using the N word and other racial slurs [Warning: The clip contains offensive language, and is viewable here]. It is not clear when the video was shot.

Later Monday night, Lawley apologized for the video. “Words have power and can do damage. I own mine and I am sorry,” Lawley said in a statement provided to TheWrap. “I respect Fox’s decision to recast this role for The Hate U Give as it is an important story, and it would not be appropriate for me to be involved considering the actions of my past. I understand the impact and I have grown and learned since then. From now on I plan to use my voice for positive change.”

The apology is the second statement the YouTube star has made about the video, following a tweet on Sunday afternoon:

if u don’t learn from ur mistakes, u can never grow as a person.

i’ve learned a lot & i am grateful to have the power to change. i never want to be who i was yesterday. we’re in a constant battle to become a better version of ourselves, use ur voice as ur weapon.

The move from Fox echoes one made last year by Sony Pictures, who cut Kevin Spacey from the finished print of Ridley Scott’s “All the Money in the World,” after numerous men accused Spacey of sexual misconduct and assault. The studio replaced Spacey with actor Christopher Plummer — to great expense, over a daylong time window to make the film’s release.

“Due to the controversy surrounding his past comments and behavior, Kian Lawley will no longer appear in The Hate U Give. The studio plans to recast the role of Chris and reshoot scenes as needed.”

“The Hate U Give” is based on the 2017 novel inspired by the Black Lives Matter movement. It debuted last spring at No. 1 on New York Times YA best-seller list. Written by Angie Thomas, the book deals with topical themes of race and police brutality.