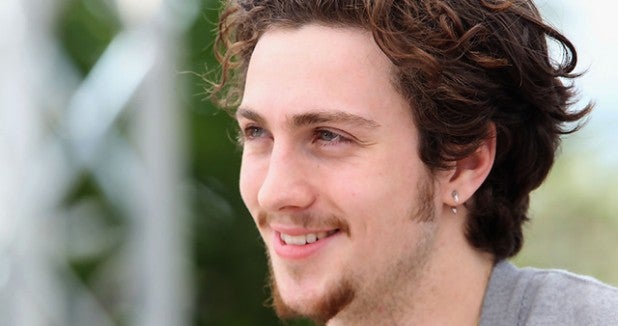 "Kick-Ass" star Aaron Taylor-Johnson is being eyed for the role of Quicksilver in Marvel's "The Avengers 2," an individual familiar with the project has told TheWrap.

A representative for Marvel did not immediately respond to a request for comment.

Johnson is the frontrunner for the coveted role, though no decision has been made at this time.

Quicksilver is one of two new characters director Joss Whedon is introducing in the sequel, along with the Scarlet Witch. They are twins whose father is Magneto, whose rights are owned by 20th Century Fox.

Like DC Comics' character The Flash, Quicksilver possesses superhuman speed, a fitting trait for Taylor-Johnson considering how quickly he has become one of Hollywood's hottest young actors. Because he is in such high demand, Taylor-Johnson will have to overcome a potential scheduling issue that conflicts with "Avengers 2," so it remains early days as far as casting goes.

Marvel is still negotiating with Robert Downey Jr. to reprise his role as Iron Man in "The Avengers 2." Other cast members expected to return include Chris Hemsworth as Thor, Chris Evans as Captain America, Mark Ruffalo as the Hulk and Jeremy Renner as Hawkeye.

See photos: 12 of the Whitest Superheroes on the Planet

Johnson, who is coming off of Oliver Stone's "Savages" and "Anna Karenina," will soon be seen in Universal's "Kick-Ass 2." He's currently filming "Godzilla" for Legendary Pictures.