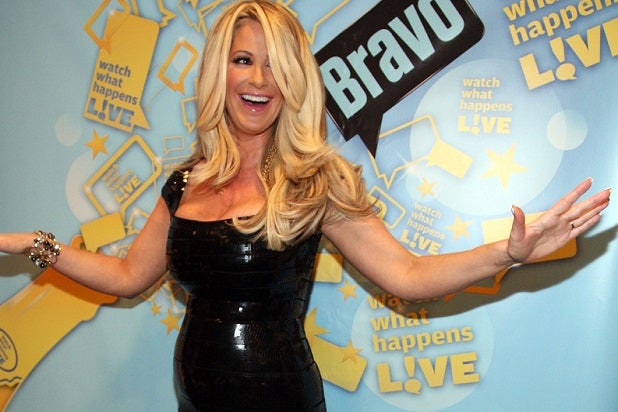 Kim Zolciak-Biermann is on the mend — and on the attack, following Monday’s episode of “The Wendy Williams Show.”

“Real Housewives of Atlanta” star Zolciak-Biermann, who’s currently competing on “Dancing With the Stars” and said last week that she had suffered a mini-stroke, is lashing out at Wendy Williams, after Williams insinuated that she faked her ailment in order to get off of the ABC reality show.

“Absolutely appalling!! @wendywilliams how disgusting for you to insinuate I ‘faked’ my mini stroke on your show this morning!!” Zolciak-Biermann fumed on Instagram.

The reality TV star also included a message from “Wendy Williams Show” producers dated Friday purportedly asking if she could appear on Monday’s episode, suggesting that Williams made the claim out of retaliation.

“You mad cause I didn’t come on your show!” Zolciak-Biermann wrote. “This clearly shows your warped mentality!!”

During Monday’s episode, Williams questioned Zolciak-Biermann’s decision to post a photo of herself in her hospital bed on Thursday.

“To me, a stroke is more important than a selfie. I don’t get where these people get, you know, posting pictures of a serious condition in the hospital,” Williams said.

Then came the accusation.

“Kim, if, at 37 years old, you did have a mini-stroke, I’m sorry to hear about that. If, however, you just wanted to get off ‘Dancing with the Stars,’ all you had to do was stub your toe,” Williams, who previously competed on “Dancing With the Stars,” said. “I don’t like talking about friends of the show if it’s in a shady way, but I’m in the purple chair, so it makes me do things.”

“The last 24hrs have been whirlwind! I landed yesterday morning from LAX (took the red eye right after DWTS) I got home and within minutes suffered a TIA (mini stroke),” Zolciak-Biermann wrote last week. “The left side of my body went completely numb and my speech was gone.”

Absolutely appalling!! @wendywilliams how disgusting for you to insinuate I “faked” my mini stroke on your show this morning!! You mad cause I didn’t come on your show! This clearly shows your warped mentality!!