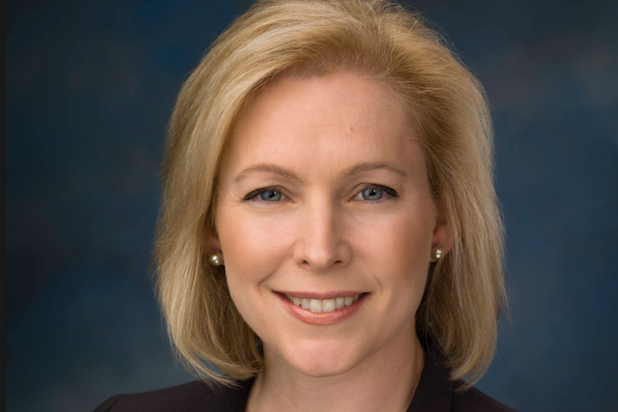 Sen. Kirsten Gillibrand hit back on Tuesday after President Donald Trump called her a “flunky” who “would do anything” for campaign contributions.

“You cannot silence me or the millions of women who have gotten off the sidelines to speak out about the unfitness and shame you have brought to the Oval Office,” the New York senator wrote.

You cannot silence me or the millions of women who have gotten off the sidelines to speak out about the unfitness and shame you have brought to the Oval Office. https://t.co/UbQZqubXZv

On Monday, Gillibrand called on Trump to resign from office after “Megyn Kelly Today” resurfaced allegations of sexual misconduct. The women all previously spoke out in 2016, before Trump was elected president.

“President Trump has committed assault, according to these women, and those are very credible allegations of misconduct and criminal activity, and he should be fully investigated and he should resign,” Gillibrand said on CNN.

That didn’t sit well with Trump, who made full use of Twitter’s expanded character limit to attack her Tuesday morning.

Lightweight Senator Kirsten Gillibrand, a total flunky for Chuck Schumer and someone who would come to my office “begging” for campaign contributions not so long ago (and would do anything for them), is now in the ring fighting against Trump. Very disloyal to Bill & Crooked-USED!

Gillibrand wasn’t the only one who took exception. On the set of “Morning Joe,” Mika Brzezinski said that the president’s implication that the senator “would do anything” was demeaning and meant to be sexual.

“I am shaking with anger,” she during a live broadcast from Alabama. She also called on Trump to delete the tweet and for women in the White House to pressure him to do so.