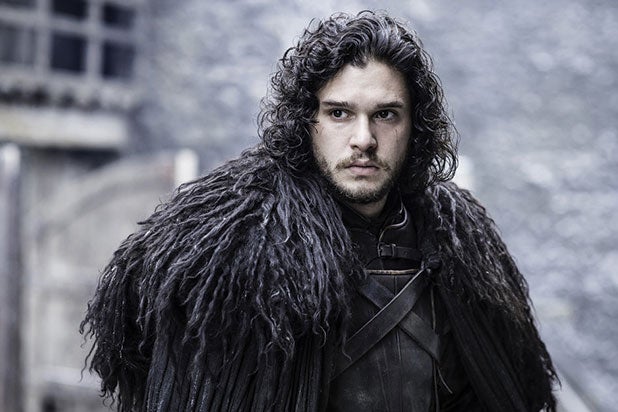 You still know nothing, Jon Snow.

In an interview with BBC Breakfast on Tuesday, Kit Harington once again confused fans about the fate of his “Game of Thrones” character, Jon Snow.

“I think anyone who wants to know what happens in season 6 has to wait until it comes out,” the actor told host Bill Turnbull. “All I can tell you is Jon Snow is dead. He died at the end of last season.”

However, that piece of information was not enough for Turnbull — or for us — so he pushed for a little more and asked whether Snow’s “spirit lives on.”

“It’s going to be an exciting season,” Harington said, before hastily adding, “so I’m led to believe.”

Fans have been coming up with theories as to what will happen to Harington’s character when “Game of Thrones” returns to HBO on April 24 after Jon Snow was brutally stabbed to death in last season’s finale.

When Harington was seen on the set of “Game of Thrones” in Belfast in September, even more theories emerged about Snow’s fate.

Watch the interview with BBC Breakfast below.

KIT: All I can tell you is Jon Snow is dead. He died at the end of the last season. BILL: But his spirit lives on?KIT: Who knows? You’ll have to wait and see. It’s going to be a very excited season so I’m led to believe.For the last five years he’s made his name playing the brooding hero Jon Snow in Game of Thrones. But in the final moments of the last season, Kit’s character met an unexpected end – or so we thought! Kit joined us on BBC Breakfast this morning to talk about his new role as Doctor Faustus, in a new production of the classic by Christopher Marlowe.