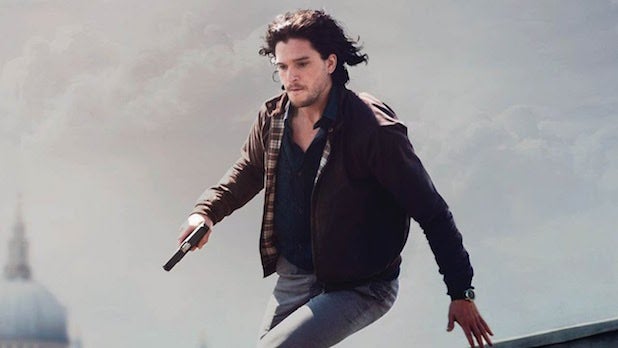 “MI-5,” which is known outside the U.S. as “Spooks: The Greater Good,” is based on the original BAFTA Award-winning BBC television series. Series director Nalluri also directed the screen adaption, which was written by series writers Jonathan Brackley and Sam Vincent.

Currently scheduled to open theatrically at the end of the year, “MI-5” stars Harington as Will Holloway, who must team with disgraced MI5 Intelligence Chief Harry Pearce (Firth) to track down an escaped terrorist before an imminent attack on London.

“MI-5” was produced by Ollie Madden, Jane Featherstone and Stephen Garrett for Shine Pictures and Kudos. The film was co-produced by Jane Hooks and Robert Norris.

Also Read: Andy Samberg, Kit Harington Leave It All on the Court in New '7 Days in Hell' Trailer (Video)

“MI-5 is an espionage thriller led by the talented Kit Harington. Given the strong and loyal following of actioners, we are confident that fans will delight in the film based on the hit UK series, said Saban Films president Bill Bromiley, who along with Ness Saban, negotiated the deal on behalf of Saban Films with WME Global on behalf of the filmmakers.

Saban Films recently partnered with Lionsgate and Roadside Attractions to acquire Tom Tykwer‘s “A Hologram for the King” starring Tom Hanks. Since the company‘s launch in 2014, Saban Films has handled the domestic release of Tommy Lee Jones‘ “The Homesman,” the John Travolta thriller “The Forger” and Taylor Lautner‘s action movie “Tracers.” It’s upcoming titles include a pair of Nicolas Cage movies in “The Trust” and “USS Indianapolis,” a pair of Adrien Brody movies in “American Heist” and “Backtrack,” the Pierce Brosnan film “Some King of Beautiful” and the Simon Pegg-Lake Bell movie “Man Up,” as well as John Travolta‘s revenge thriller “I Am Wrath.”