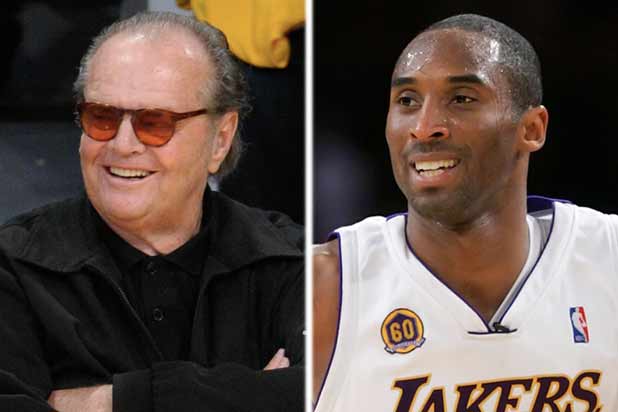 Jack Nicholson had the best seat in the house at Staples Center for much of Kobe Bryant’s illustrious NBA career. As he put it, “I sat right behind his jump shot on the lefthand side.”

Nicholson, who is almost as well known for being a Los Angeles Lakers fan as he is a prolific and Oscar-winning actor, gave a rare telephone interview on Sunday after Bryant’s untimely passing on Sunday, sharing his feelings about the Lakers superstar he watched up close and personal for 20 years.

“My reaction is the same as almost all of L.A.,” Nicholson told CBS2‘s Jim Hill. “Where everything was solid, there’s just a hole in the wall.”

Nicholson reminisced with Hill, recalling the first time he met a young Bryant: “I remember him in totality as just how great a player he was. But you know I teased him the first time we met. It was in the (Madison Square) Garden in New York and I offered him a basketball and asked him if he wanted me to autograph it for him. He looked at me like I was crazy.”

The Los Angeles County Sheriff’s Department said nine people died in a helicopter crash in Calabasas, Calif., that killed the former Lakers star and eight others, including his 13-year-old daughter Gianna.

During his 20-year career with the Lakers, Bryant won five NBA championships. Two years ago, he shared an Oscar with animator Glen Keane for the animated short “Dear Basketball.”

An investigation into the crash is still ongoing.