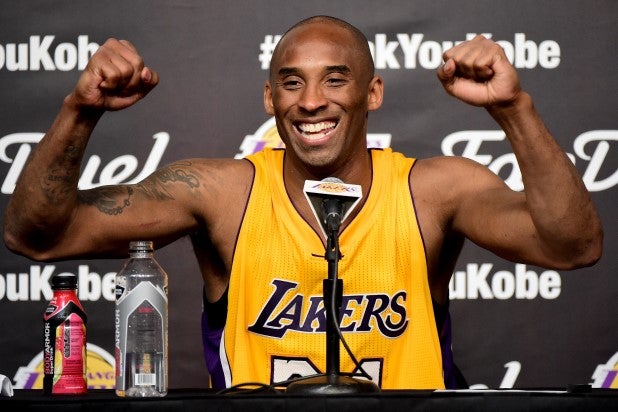 The NBA has decided to postpone Tuesday night’s Los Angeles Lakers game against the Los Angeles Clippers, the league announced on Monday afternoon.

In a statement, it said, “The National Basketball Association game between the Los Angeles Lakers and LA Clippers scheduled for Tuesday, Jan. 28, 2020 at Staples Center has been postponed. The decision was made out of respect for the Lakers organization, which is deeply grieving the tragic loss of Lakers legend Kobe Bryant, his daughter Gianna and seven other people in a helicopter crash on Sunday.

The game will be rescheduled at a later date.

Though the L.A. game will not be held, TNT will pay tribute to Bryant with a one-hour pregame show filmed at Staples Center on Tuesday featuring “Inside the NBA’s” Ernie Johnson, Shaquille O’Neal, Charles Barkley and Kenny Smith joined by Dwyane Wade, Candace Parker, Steve Nash and others.

Fans have flocked to the Los Angeles stadium, where Bryant spent his entire 20-year career, since news of his death broke on Sunday morning. The NBA did not cancel games on Sunday and most teams intentionally committed 8 or 24-second violations in Bryant’s honor (he wore both numbers during his career).

The Grammys took place at Staples later on Sunday evening, where Alicia Keys, Lizzo, and Boyz II Men were among those who paid tribute.

ESPN will air Bryant’s final game — a victory over the Utah Jazz on April 13, 2016 — Monday at 9 p.m. ET. During that game, Bryant became the oldest player to ever score 60 points in a single game.

The nine victims of Sunday’s crash have now all been identified: Bryant, 41, and his 13-year-old daughter Gianna; Orange Coast College baseball coach John Altobelli, his wife, Keri, and their daughter Alyssa; Christina Mauser, an assistant girls basketball coach at an elementary school in Orange County, California; Sarah Chester and her daughter, Payton, 13; and the pilot, Ara Zobayan.