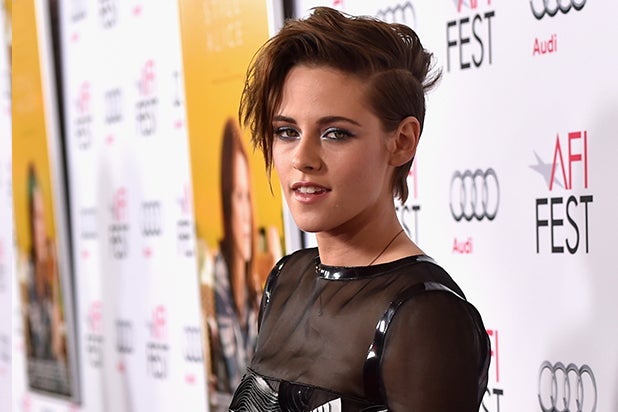 “Women inevitably have to work a little bit harder to be heard,” The “Twilight” star said. “It’s crazy. It’s so offensive it’s crazy.”

Stewart made the comments in a recent interview with Harper’s Bazaar, joining a growing list of high-profile women calling for a renewed discussion on gender equality.

Patricia Arquette famously demanded wage equity while accepting her Best Supporting Actress Oscar for “Boyhood” at this year’s Academy Awards ceremony. “To every woman who gave birth, to every citizen who has paid taxes … this is our time to have wage equality and equal rights for women,” Arquette said.

Emma Watson addressed the United Nations in September, speaking on the impact feminism has had not just on women, but men as well.

“I want men to take up this mantle so their daughters, sisters and mothers can be free from prejudice, but also so their sons have permission to be vulnerable and human too and, in doing so, be a more true and complete version of themselves,” Watson said.

On Wednesday, Meredith Vieira challenged Fox News personality Stacey Dash’s stance on wage equality. “When you look at just the numbers, we make 78 cents for every dollar that a man makes,” Vieira said. “At the rate we’re going, my daughter, who’s 22, will be 65 when there’s finally pay equality. There’s something wrong. Something clearly wrong.”