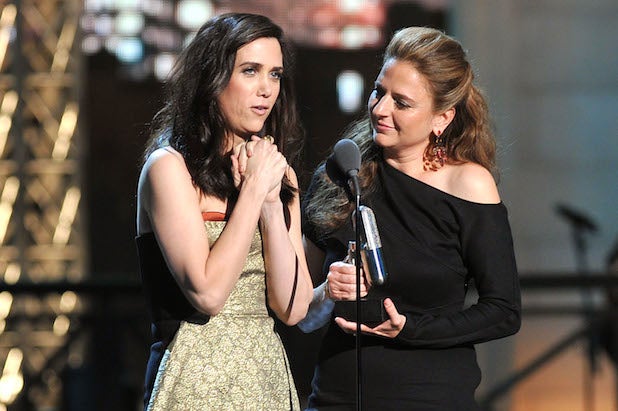 Kristen Wiig is set to make her directorial debut with an untitled TriStar comedy she will write with her “Bridesmaids” collaborator Annie Mumolo, and the duo are also set to star, TheWrap has learned.

“I’ve been wanting to direct for some time now. This seems like the perfect first project,” Wiig told the New York Times.

Set in Vista Del Mar, the film will follow two “best friends who find themselves in over their heads and out of their depths,” with hilarious hijinx expected to ensue.

“Kristen and Annie assured me that the film will be a searing and depressing drama, which is what the world needs right now,” TriStar chairman Tom Rothman joked to the Times.

Rothman also credited Wiig for help to shake-up a traditionally male-dominated industry, particularly within the comedy world. “Everybody talks about it needing to change, but Kristen actually wants to do something about it,” he told the Times.

Wiig and Mumolo received an Oscar nomination for their original screenplay for “Bridesmaids,” which grossed nearly $300 million worldwide before going on to become a huge hit on DVD.

The writing team told the Times they waited to reteam because they “wanted it to be the right time and the right idea, and both of those elements have come together.”