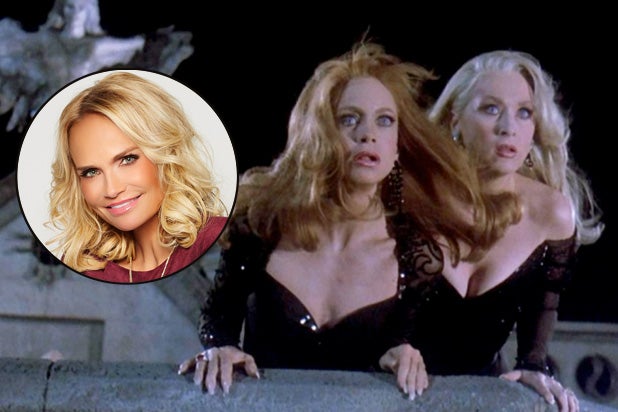 Tony- and Emmy-winning actress Kristin Chenoweth is attached to star in a stage musical version of the 1992 dark comedy “Death Becomes Her,” which Universal Theatrical Group is currently developing.

The film starred Streep and Goldie Hawn as bitter rivals who drink a mysterious potion expecting eternal youth — only to discover that they have died and become walking and talking corpses. Bruce Willis also starred.

Universal, whose stage credits include the megahit “Wicked” as well as stage musical versions of the studio films like “Billy Elliot” and “Bring It On,” has not yet announced a composer, writer or director for the project.

Universal Pictures President Jimmy Horowitz and UTG VP Chris Herzberger will oversee the project. The company recently announced plans to develop a stage musical based on the life and musical catalog of the Bee Gees.

Chenoweth’s Broadway credits include “Wicked,” “On the Twentieth Century” and “Promises, Promises.” On TV she has starred in “West Wing,” “Glee” and “American Gods.” She is repped by ICM Partners.