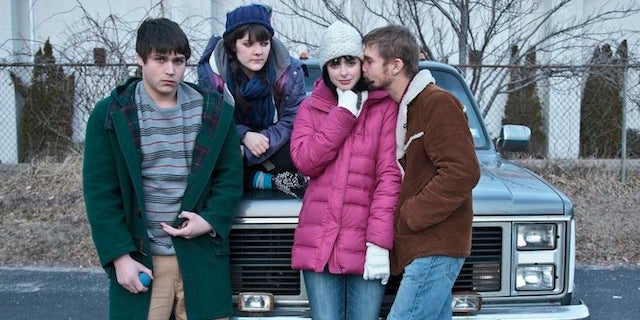 "Refuge," which premiered at the Hamptons Film Festival, is described as a tragic-comic portrait of lost souls in small-town America.

Ritter stars as Amy, a young woman who has been raising her brother (Logan Huffman) and sister (Madeleine Martin) since their parents skipped town. The status quo is disrupted when Amy picks up a handsome drifter (Geraghty) in a bar, which changes the family dynamic when he decides to stay in town and become involved in their lives.

“She’s a girl with really no hope and no future. It was pretty heavy. For me it was a great opportunity to sort of get down and dirty and back to the basics. It wasn’t about anything but the work," Ritter said of her character.

“Jessica and we are great admirers of Strand Releasing through their hard work on sophisticated movies like 'Girlfriend,' 'Tyrannosaur' and 'California Solo.' It is a big win for us as filmmakers to find a distributor like Strand that loves your movie and fights for it to reach the proper audiences," Sonnier and Heller said in a joint statement.

Deal was negotiated by Jon Gerrans of Strand Releasing and Kevin Iwashina of Preferred Content.

“We’re glad to find a good home for such a delicate coming-of-age story from Ms. Goldberg,” added Iwashina.

Julliard-grad Goldberg is currently a writer on the NBC "Parenthood" and is adapting Laurie Frankel’s novel "Goodbye For Now" for Summit/Lionsgate and Temple Hill.

Caliber is in prep on four feature films shooting in September including the Coatwolf production "Chuck Hank and the San Diego Twins." Caliber is also producing S. Craig Zahler’s western-horror "Bone Tomahawk" starring Kurt Russell, which will now shoot in 2014 after Caliber recently switched financiers. "Bad Milo," which Caliber executive produced, will be released this month by Magnet.

Caliber executives will head to the Toronto International Film Festival next week in support of client films including Megan Griffiths’ "Lucky Them" and Joe Begos’ "Almost Human."

Lascaux Films produced the Clive Owen and Juliette Binoche movie "Words and Pictures," which will premiere next week at the Toronto International Film Festival.