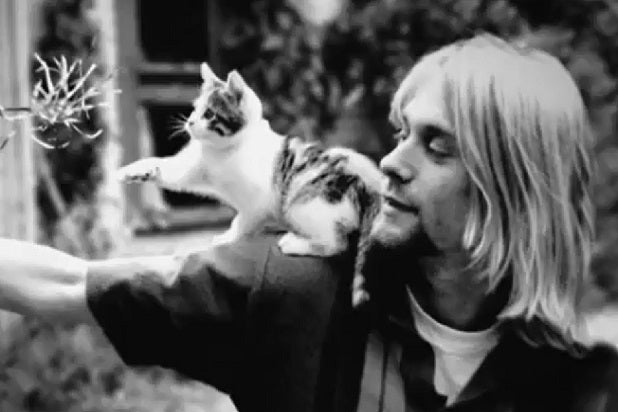 Kurt Cobain: Grunge pioneer. Tragic rock ‘n’ roll casualty. Flannel-clad iconoclast. And a guy who, deep down, just wanted to play with kittens and cozy up with infants.

At least, that’s the impression given by the official trailer for the Cobain documentary “Montage of Heck,” which blew up all over the Internet on Wednesday.

The film, directed by Brett Morgen (“The Kid Stays in the Picture”), tracks Cobain’s life from his upbringing in Aberdeen, Washington, through his rise to fame and violent death.

But while the turbulent nature of Cobain’s life is already well-documented, the trailer devotes considerable footage to the musician’s efforts to achieve something approaching domesticity.

“He wanted normalcy. He wanted the mom, the dad, the kids and everything happy,” a voiceover notes.

That striving for normalcy would come to an abrupt end on April 5, 1994, when Cobain was found dead of a self-inflicted gunshot wound at age 27.

“Montage of Heck” is “coming soon,” according to the trailer, but you can catch a sneak peek right here, right now.