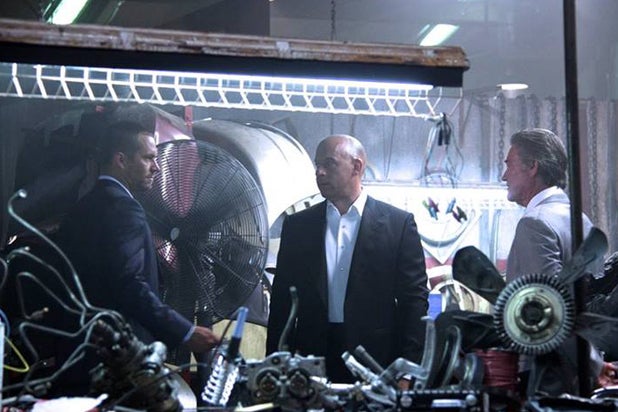 Last we heard, Kurt Russell was in negotiations to star in Fast & Furious 7.

According to Vin Diesel‘s Facebook page, he’s definitely in.

Diesel posted a first look of Russell on the set with him and Paul Walker on Tuesday, standing in what looks like a garage full of car parts. All the better to race you with.

“Kurt Russell, such an honor to work with… P.s. One from set…” Diesel wrote.

Details about the film, its plot and what Russell’s role will be have been scarce so far. It’s set to be released on July 11, 2014, and will mark Russell’s first major movie role since Quentin Tarantino‘s “Death Proof” in 2007.