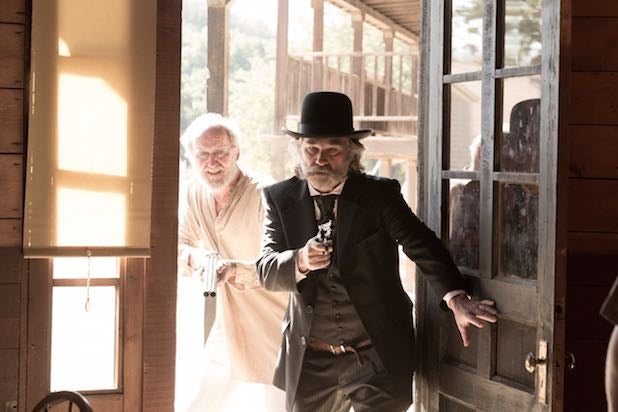 Chief acquisitions officer Mark Ward announced the deal on Tuesday, but did not reveal a release date. It’s the first title acquired under the RLJ Entertainment brand, which previously released theatrical titles under Image Entertainment before RLJE purchased the company in 2012.

The Western-horror written and directed by S. Craig Zahler follows an unlikely team of gunslingers, led by Sheriff Franklin Hunt (Russell), on the trail of cannibal savages who have kidnapped settlers from the small town of Bright Hope.

Also read: Relativity Is Shopping 'Jane Got a Gun,' 'The Bronze,' 'Collide' as Bankruptcy Looms (Exclusive)

The deal was negotiated by CAA, UTA and Caliber on behalf of the filmmakers, Ward, Grace Santos and RLJ Entertainment.

“We are proud to be bringing this thrilling film to U.S. audiences this year,” Ward said in a statement. “With S. Craig Zahler’s uncompromising vision and the raw performances from the incredible cast, there is no doubt that ‘Bone Tomahawk’ will be an instant classic.”