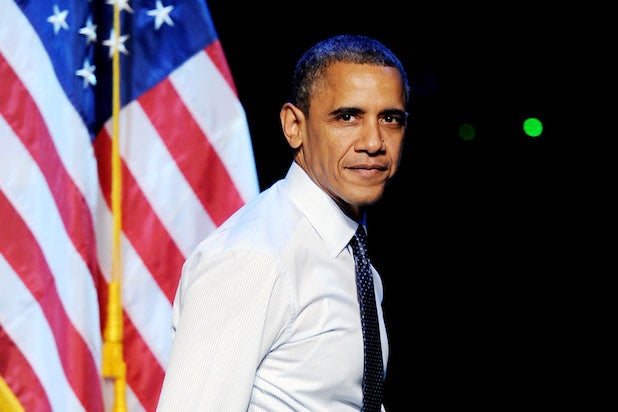 Hollywood’s ATM is open for business … again. But this time, it’s not Hillary Clinton but President Obama making the withdrawal.

Obama will be arriving in Los Angeles on Thursday for two glitzy fundraisers, with money going towards the Democrats’ battle to win back the House and the Senate in November.

Since the recent implosion of the Republican Party, which can’t seem to decide who they hate more — their frontrunner Donald Trump or their No. 2 option, Ted Cruz (it’s a tough one we admit) — Democrats seem to think they have a chance to actually take back at least one of the two chambers in Congress.

The more probable option is the Senate, where Republicans are defending 24 seats.

On Thursday, the president will be attending an event at the Bel-Air home of Disney Studios Chairman Alan Horn and his wife, Cindy. Among the big-name guests are Barbra Streisand, James Brolin, J.J. Abrams and his wife, Katie McGrath; and Norman Lear.

Tickets for the event will cost $15,000 per couple, with proceeds going to the Democratic Congressional Campaign Committee. House Minority Leader Nancy Pelosi and DCCC chairman Ben Ray Luján will also be attending.

The modest price-tag comes with a bonus: A photo opp with Obama.

For $33,400, attendees get listed as a co-host. For $66,800, couples will also get admission to a special VIP reception with the president.

The following morning, Obama will attend a breakfast fundraiser at the home of Tobey Maguire and his wife Jennifer Meyer, with proceeds benefiting the Democratic Senatorial Campaign Committee.

The president then will move on to San Francisco for yet more fundraisers.