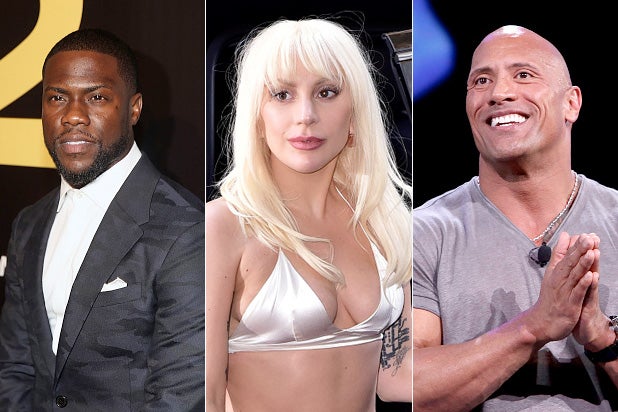 Lady Gaga, Kevin Hart, Dwayne Johnson and Jennifer Lopez are among the second round of presenters revealed for Sunday’s Golden Globe Awards, the Hollywood Foreign Press Association announced on Thursday.

The 73rd Golden Globe Awards, hosted for the fourth time by comedian Ricky Gervais, will air Sunday at 8 p.m. ET on NBC.