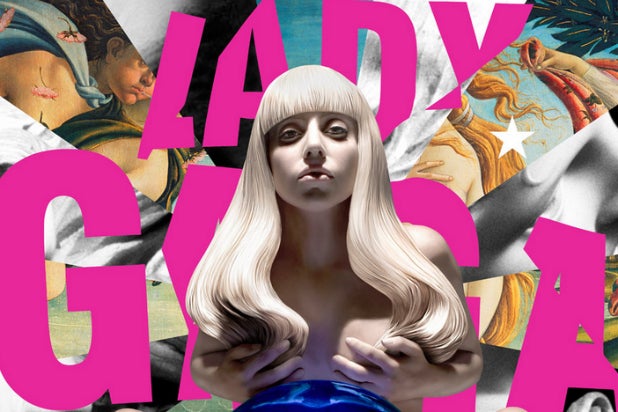 Lady Gaga revealed her upcoming album art — and everything else — on Twitter.

The pop singer has been posing nude quite a bit in early promotional for her new album, ARTPOP — and the cover art is no exception. Well, maybe one slight exception — this time, the nude Gaga is actually a sculpture.

The sculpture by Jeff Koons will be exhibited Nov.10 at the artRAVE ARTPOP album release party, Gaga posted Monday on Twitter.

The album itself, accompanied by an app, will be for sale the following day. Here’s the tweet and photo.

FULL ARTPOP ALBUM COVER.’One second I’m a Koons, then suddenly the Koons is me!’ #ApplauseJeffKoons pic.twitter.com/NdAOJ8XKSw