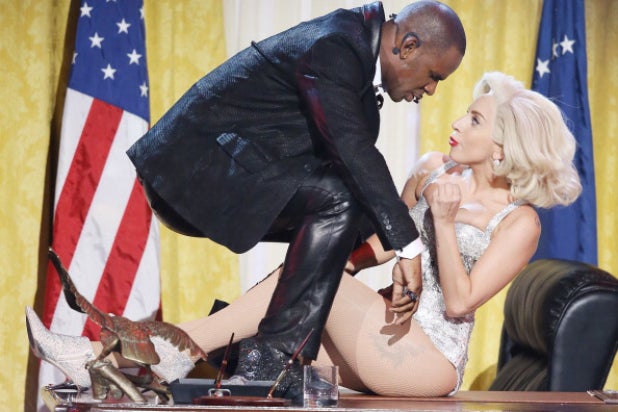 Lady Gaga badly needs a hit off her “ARTPOP” album, which has seen very low sales versus her prior offerings. Perhaps the pop star will find that boost from her latest video, “Do What U Want,” which is the inspiration for the first BitTorrent Bundle from the VICE Media and BitTorrent, Inc. video series, launching next week.

The Lady Gaga Bundle includes never-before-seen 4K video and photos documenting the making of the music video for the R. Kelly collaboration, directed by fashion photographer Terry Richardson. It also includes an exclusive video interview with Gaga and Richardson, led by VICE Editor-in-Chief Rocco Castoro. Here’s what it does not include: the “Do What U Want” music video itself.

A preview of the Lady Gaga Bundle will be available on Noisey’s YouTube channel on or around Dec. 3.

The BitTorrent X VICE Bundle series, announced in October 2013, is a new multimedia storytelling format designed to “explore the link between open expression and open technology; providing an inside look at the creative process, with original film, music, archival content, and behind-the-scenes footage direct from artists,” the companies said in a statement.

More simply put, the partnership’s goal is to shift control to the artists.

The collaboration features new content produced and curated by VICE, and distributed via BitTorrent’s new file format, BitTorrent Bundle. Select video features from each collaboration will be featured on VICE.com, Noisey, and VICE’s EDM channel THUMP.

Gaga and Kelly performed “Do What U Want” Sunday at the American Music Awards, which aired on ABC. The AMAs saw a more than 30 percent increase in its audience from the prior year.

Lady Gaga’s “ARTPOP” album sold just 258,000 copies in its debut week — still good enough for No. 1 on the Billboard 200 chart. But compare that with her prior album, “Born This Way,” which bowed to 1.1 million in its opening week, and the pop star could use the boost.