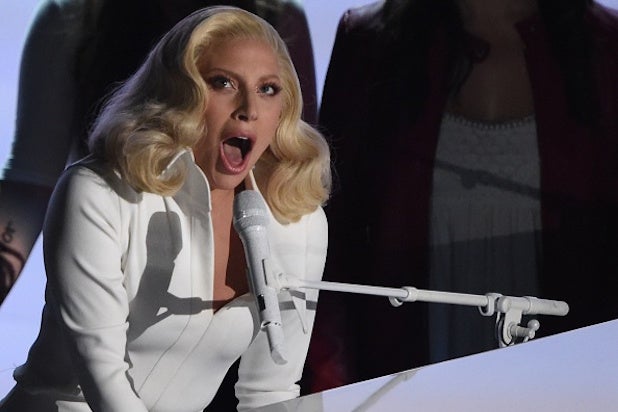 Are you ready for some Lady Gaga?

“Perfect Illusion” singer Gaga will headline the halftime show at the next Super Bowl, the singer announced via Twitter on Thursday.

“It’s not an illusion. The rumors are true. This year the SUPER BOWL goes GAGA!” the singer wrote.

Also Read: Lady Gaga Releases 'Perfect Illusion' Video, and Twitter Has Some Thoughts About It

The show — and — will take place February 5, 2017, at NRG Stadium in Houston. Fox will air the Big Game this time around.

The singer will release her fifth studio album, “Joanne,” on October 21. The recently released single “Perfect Illusion,” which will be featured on the album, debuted in the top iTunes slot in 60 countries upon its release.

This won’t be Gaga’s first time at the Big Game; she performed the National Anthem at this year’s Super Bowl in February.

In addition to her musical endeavors, Gaga has also embarked on an acting career of late, starring on the FX anthology series “American Horror Story.” She is also slated to appear in Bradley Cooper‘s upcoming remake of “A Star Is Born.”

The most recent Super Bowl halftime show was marked by performances from Coldplay and Beyonce, among others.

On Sunday, October 2, Lady Gaga will appear on Fox’s NFL pregame show to offer a glimpse into what she has in store for the halftime performance.

It's not an illusion. The rumors are true. This year the SUPER BOWL goes GAGA! @nfl @FOXTV @pepsi #PERFECTILLUSION #GAGASUPERBOWL pic.twitter.com/qR4O57451G