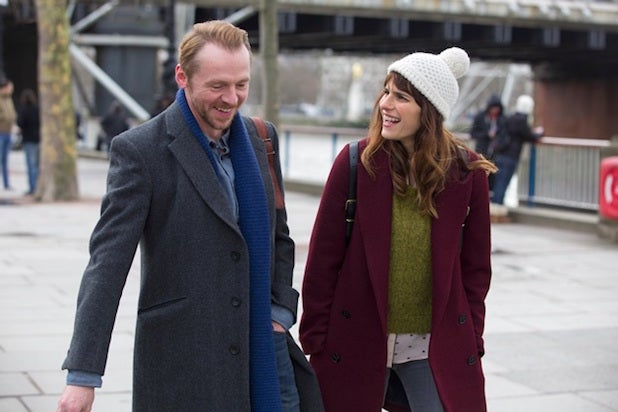 “Childrens Hospital” star Lake Bell affects a British accent to pose as Simon Pegg’s blind date in the first trailer for “Man Up,” a romantic comedy that debuts at the Tribeca Film Festival on April 19 in advance of its UK premiere.

Bell plays Nancy, a cynical single woman who has sworn off dating until she meets Jack (Simon Pegg), a charming romantic who mistakes her for his 24-year-old blind date. Will Nancy “man up” and come clean, and if she does, can Jack “man up” and get over her little white lie? All will be revealed following a wild night full of wacky misunderstandings.

Also Read: Simon Pegg Does Double Duty in Toronto as a Hitman and a Psychiatrist

“Man Up” doesn’t have a U.S. release date yet but it shouldn’t be long before some domestic distributor “mans up” and takes the plunge.

Watch the trailer below, courtesy of Yahoo UK.