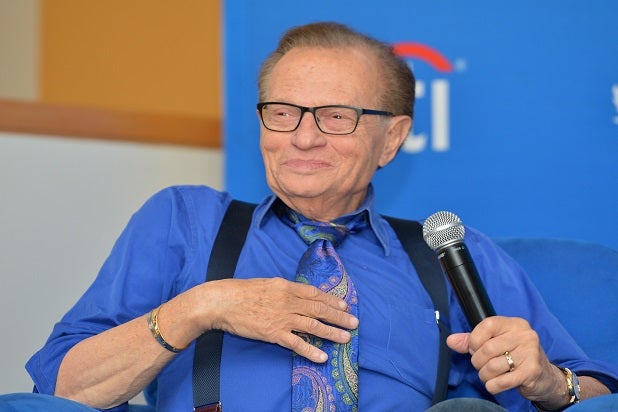 In a statement provided to People, King said he “flatly and unequivocally denies these claims. “They’re utterly false.”

King added that he intended to sue Richard over the matter.

Richard says King groped her in 2005 and 2006 at baseball awards dinners in Los Angeles.

“Larry King is a groper. He groped me twice. He gets a thrill doing this in front of the camera, knowing I couldn’t do anything,” Richard told DailyMailTV. She described one instance in graphic detail.

Once one of the most visible media figures on earth, King largely stepped out of the public eye after leaving CNN in 2010. He later founded his own production company, OraTV, and currently hosts a talk show broadcasted by Russian network RT.