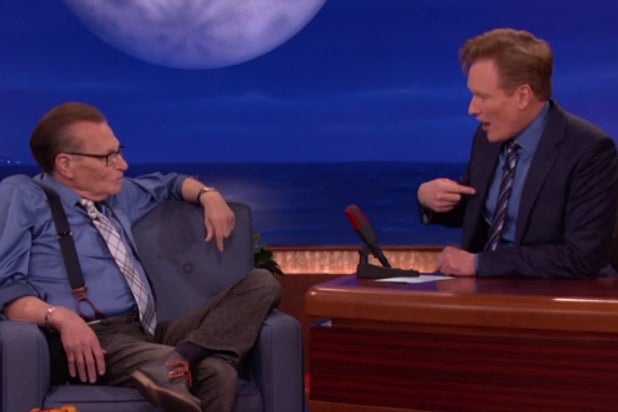 Larry King talked lots of death on Wednesday’s “Conan” — both his own, and the same-day’s passing of comedic icon Sid Caesar.

King, who first broke the news of Caesar’s death on Twitter, recalled the comedian’s “great sense of the absurd.”

O’Brien implored younger viewers to familiarize themselves with Caesar’s work, referring to him as “the nuclear explosion of sketch comedy.”

The two also chatted about King’s obsession with being cryogenically frozen when he inevitably passes, deciding that the TBS host be the one tasked with ensuring that those last wishes are carried out. Naturally, O’Brien was more than a little miffed by the onus being placed on him.

Then, in case the conversation had not turned weird enough, the legendary interviewer complimented O’Brien’s body several times.