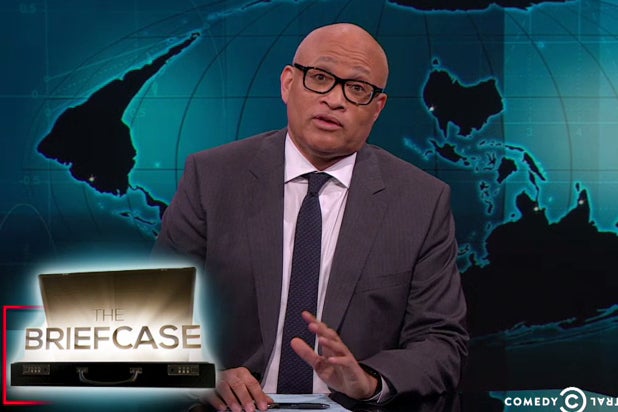 Sumner Redstone’s National Amusements-owned CBS Corporation is probably not thrilled this morning with his Viacom-bannered Comedy Central — or at least none-too-pleased with its “Nightly Show” host Larry Wilmore.

“CBS has found a new way to exploit the underprivileged for the sake of ratings,” Wilmore began on Thursday.

Here’s the summer show’s super-basic logline: Poor families are given money. They can choose to keep it, keep some, or give it all away to a family that may be more needy than they are — a tough decision, indeed.

“Just let these nice, hard-working, down-on-their-luck people keep their money — how about that?” Wilmore continued.

But there’s a catch, of course: both families have the same $101,000 sums in a briefcase, and both are unknowingly given the same instructions about each other.

“Unbelievable. They’re pitting two poor families against each other and making them feel guilty about helping somebody for our entertainment?” Wilmore concluded. “Man, this show makes ‘Bumfights’ look downright uppity.”

Later, the comic interviewed one of his “Nightly Show” contributors, faux reality super-producer Xander McCool. He had a few new great ideas for CBS, like “Hobo Baby Swap” and “Haitian Divorce.”

And here’s Wilmore and McCool: