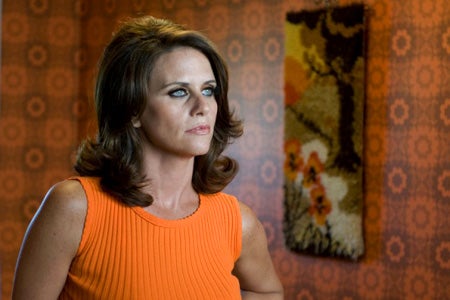 ABC pulled its signal in New York early Sunday, and it doesn’t look like those inglourious basterds at Disney and Cablevision are going to come up with an 11th hour agreement in time for the Oscars telecast. (Here’s the latest statement from WABC: “Cablevision’s legendary greed and disregard for the needs of their customers continues.”)

It’s also unlikely that Cablevision’s 3.1 million subscribers could make a cable provider switch in time for the Academy Awards – and who really wants to spend one of the first warm Sundays in New York at Radio Shack buying a digital receiver? (If you are hellbent on getting the signal free over the air, ABC is providing instructions.)

There are, however, some other Oscar alternatives. Here are just a few:

What: Heeb Magazine Oscar Party
Where: West 3rd Common, NoHo
Why: There were quite a few notable Jewish movies and/or performances acknowledged by the Academy this year (“Inglourious Basterds,” “A Serious Man” et al), and what better way to celebrate them than with Heeb, the irreverent quarterly magazine about new Jewish culture.
Cost: Free

What: Movieline’s Oscar Party
Where: 92YTribeca
Why: “Join us for the live broadcast of the 82nd Academy Awards — themed drink specials; prizes; and more.  Hosts Michelle Collins, Sara Benincasa and Sara Schaefer will provide erudite commentary on the fashion choices, questionable results and all manner of madness surrounding the big event. We encourage you to dress up, whether your preference is swan gown or bolo tie.”
Cost: $8 (includes one glass of champagne)

What: The Oscars @ City Winery
Where: City Winery
Why: City Winery boasts the “biggest screens in Soho” and, of course, a thorough wine selection, which will make Sandra Bullock’s Best Actress acceptance speech go down easier.
Cost: $6.00 (includes a glass of City Winery wine)

What: WitStream Oscar Party
Where: The Bell House, 149 7th St., Brooklyn
Why: Hosted by “SNL’s Jenny Slade and co., here’s Twitter-friendly Oscar alternative for Brooklynites. “Watch the endless parade of golden statues on the bar’s massive screen as you down appealingly named drinks like Surfer Rosa and Pinkerton. Be sure to get there early, though, if you want to snag a seat on one of the comfy leather couches.”
Cost: Free