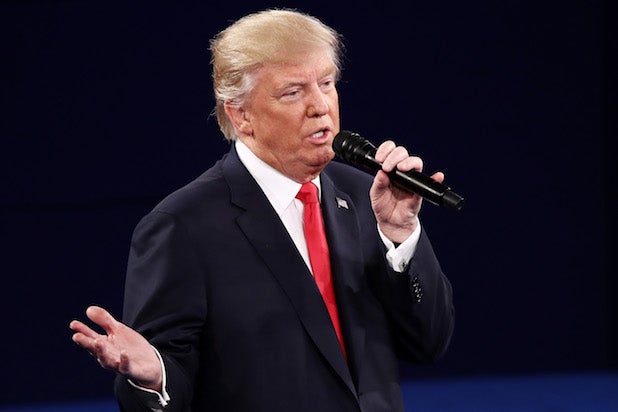 NBC’s “Law & Order: SVU,” which is noted for basing episodes on stories ripped from headlines, has shelved the Donald Trump-inspired episode called “Unstoppable.”

The episode which was originally scheduled to air Oct. 26 will now be seen sometime after the Nov. 8 election, sources close to the situation confirm.

The decision to reschedule was made Friday afternoon at the network level in light of the torrid atmosphere currently in the political arena.

The continuing real-life drama surrounding Trump and the accounts of women coming forward with stories of his aggressive sexual advances plays a little too close to the NBC show’s episode, which guest stars Gary Cole (“Veep”) as a controversial candidate embroiled in damaging accusations.

Eight women thus far have spoken up in recent days accusing Trump of groping and worse. Trump has denied allegations from all of his accusers.

The reports of Trump’s behavior surfaced when a recorded hot mic conversation with Billy Bush was released. On it, Trump told Bush: “You know I’m automatically attracted to beautiful — I just start kissing them. It’s like a magnet. Just kiss. I don’t even wait. And when you’re a star they let you do it. You can do anything. Grab them by the p—-.”

Trump said during the second presidential debate, on Sunday, that he doesn’t actually do the things he boasted about to Bush.