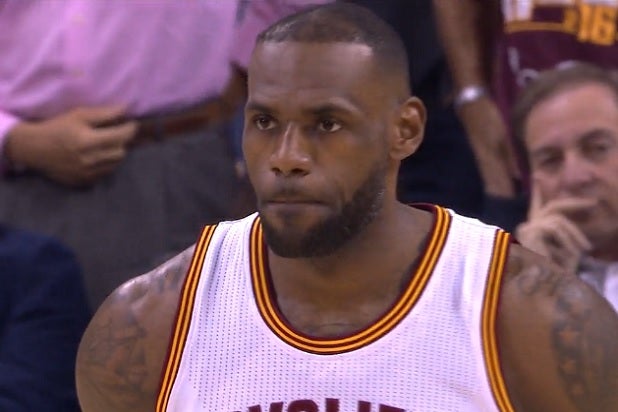 The Los Angeles Police Department is investigating a report that the outer gate to Cleveland Cavaliers star LeBron James’ Los Angeles home was vandalized by graffiti spelling out the N-word.

The LAPD is currently investigating the incident, and could possibly label it a hate crime, Media Relations Officer Jefferson told TheWrap.

The department received a call at 6:14 a.m. Wednesday morning, Jefferson said. An officer responded to the call, but the racial-slur graffiti as reported to the police had already been painted over by an unknown person.

James, a native of Akron, Ohio, does not reside at the home on any sort of a regular basis.

James’ defending-champion Cleveland Cavaliers are set to tip-off an NBA Finals rematch versus the Golden State Warriors on Thursday. The first few games will take place in California’s Bay Area.