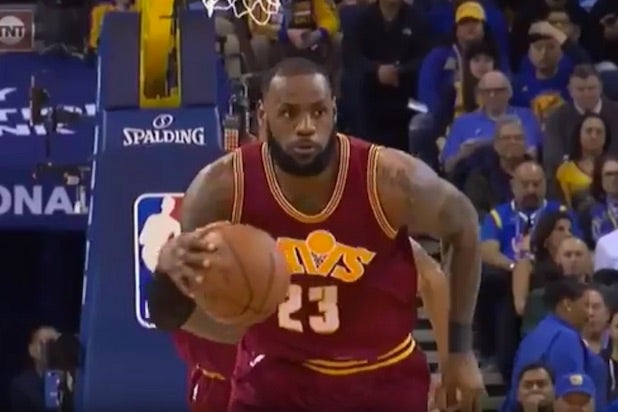 A basketball superstar, a “real” housewife and the Kentucky Derby champion had viewers talking passionately on social media over the past week.

The Wrap has partnered with Canvs, a language analytics company that measures emotions around content, for a weekly look at some of the characters and personalities that have TV viewers the most worked up on social media. The data below covers May 3-9 and is drawn from the most emotionally reacted-to television shows, including broadcast, cable, streaming and PPV.

Game 2 of the Cleveland Cavaliers vs. Toronto Raptors on TNT racked up 53,712 Emotional Reactions (ERs), many of which were about Cavaliers forward LeBron James. During the third quarter, James sunk a 3-pointer, and with it surpassed Kareem Abdul-Jabbar on the all-time NBA playoffs scoring list (Abdul-Jabbar had 5,762 career postseason points). The only person ahead of James on the chart now is Michael Jordan (5,987 points).

Lebron is proving he's still the best in world ????.

I hate people that hate on lebron. How can you not respect his greatness ????

In Bravo’s “The Real Housewives of Atlanta” Reunion, Part 4 (43,965 ERs), cast member Phaedra Parks was confronted about a bunch of controversial incidents that occurred during the season. As lies were revealed and drama ensued, viewers blasted the housewife for, let’s just say, her questionable relationship with the truth.

Phaedra is a fraud #RHOAreunion

Though fictional characters and not-entirely-real reality TV personalities regularly make our list, this week we’ve got a first in our round-up: an animal. Last Saturday, 20 horses faced off for the 143rd Kentucky Derby (42,730 ERs), which was broadcast on NBC. Odds-on favorite Always Dreaming took home the roses after breaking free from runners-up Lookin At Lee and Battle of Midway. He was (as you’d expect) the most mentioned horse, and viewers used social media to shower him with congratulatory messages, treating him like any other star athlete.

Hell of a race by Always Dreaming ???? #Kentuckyderby143