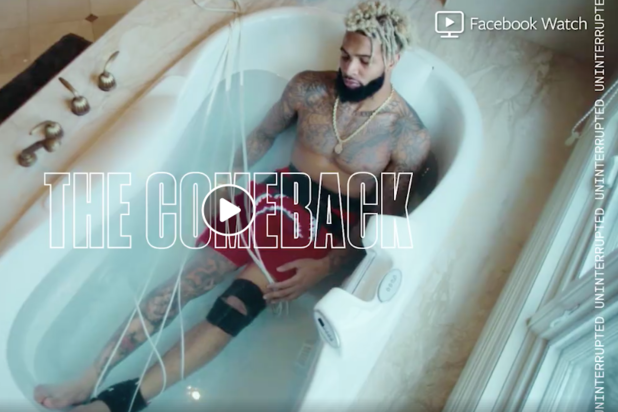 The 16-episode series will follow Beckham throughout the 2018 NFL campaign giving fans an inside look at his recovery from last year’s ankle injury, his weekly preparation before each game, and his life away from football, including his passion for family and fashion.

“My love for this game should never be questioned, nor do I take the game of football for granted. I want to share my grind with my fans in a way I haven’t done before,” Beckham Jr. said in a statement. “Uninterrupted and Facebook will show my life as more than an athlete.”

In addition to the series, which will stream exclusively on Facebook Watch starting this Fall, Beckham Jr. will utilize a number of Facebook and Instagram products to help increase engagement and discoverability of the show. The wide receiver will use Facebook Live throughout the season to share his thoughts after each game and will also have an official Facebook Group, where fans can come together to talk about the show while interacting with Beckham Jr. through Q&A’s and polling. Beckham Jr. will also use Instagram to deliver behind-the-scenes content in-between episodes on FacebookWatch,

“I Am More: OBJ” premieres today, with ensuing episodes streaming on Fridays throughout the course of the season.