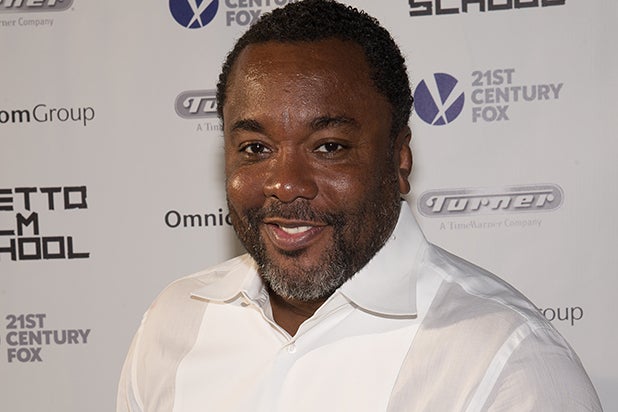 Oscar-nominated director Lee Daniels has signed on to develop and direct “The Brian Banks Story” for Gidden Media, it was announced Wednesday by producer Amy Baer.
The project, currently out to writers, will be executive produced by Justin Brooks and Neil Strum.
The subject of a 2012 “60 Minutes” piece, “The Brian Banks Story” tells the harrowing tale of Brian Banks, an All-American high school football player who had committed to USC’s prestigious football program in 2002. His life was upended when a classmate falsely accused him of rape. Banks maintained his innocence, but a hasty plea-bargain resulted in Brian serving over five years and two months in prison, five years on parole and registering as a sex offender.
With the help of the California Innocence Project, Banks’ conviction was overturned in 2012. He returned to the gridiron after a 10-year hiatus, playing UFL football and going through six NFL tryouts before finally making the Atlanta Falcons’ 75-man roster in April 2013. Although he only played in four preseason games, Banks fulfilled his lifelong dream and is now a motivational speaker and an activist and spokesperson for the California Innocence Project.
“All I ever wanted was to prove my innocence,” said Banks. “Telling my story in the form of a feature film is beyond my wildest dreams. Having Lee Daniels come on board to direct the film is so exciting, and such an honor.”
“Lee is a filmmaker who looks at challenging circumstances with honesty, compassion, and hope. He has an emotional connection to Brian’s story that I’m certain will result in a powerful and redemptive film. I’m thrilled to be partnered with him,” added Baer.
Daniels received Oscar nominations for directing and producing the 2009 hit “Precious.” His most recent movie, “The Butler,” was critically acclaimed and grossed over $167 million worldwide. Daniels’ first film “Monster’s Ball”  garnering Halle Berry an Academy Award for Best Actress.