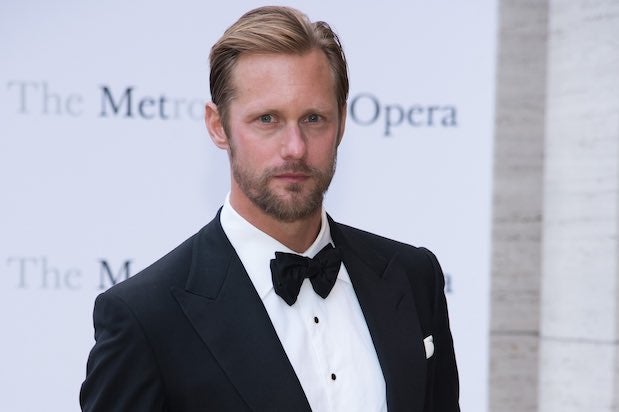 Alexander Skarsgård appears to be in the best shape of his life as the title character in Warner Bros.’ “Legend of Tarzan.”

The studio released the first look, via USA Today, at the latest adaptation of the classic literary icon from director David Yates (“Harry Potter and the Deathly Hallows”).

According to Skarsgård, best known for playing a vampire on “True Blood,” the July 1 tentpole is “almost the opposite of the classic tale,” which focuses on the discovery of the jungle man and taming him.

“This is about a man who’s holding back and slowly as you peel off the layers, he reverts back to a more animalistic state and lets that side of his personality out,” the actor told USA Today.

Margot Robbie co-stars as Jane, who will have already have tamed Tarzan and has been living alongside the British gentleman in 1880s Victorian London for 10 years before they venture back to the Congo, where Tarzan must once again embrace his wild side.

Take a look at the photo below:

Welcome back to the jungle, Tarzan. ‘Tarzan’ puts a twist on a legend https://t.co/X44TDFQARO Photo: Jonathan Olley pic.twitter.com/KKYj4iJquZ