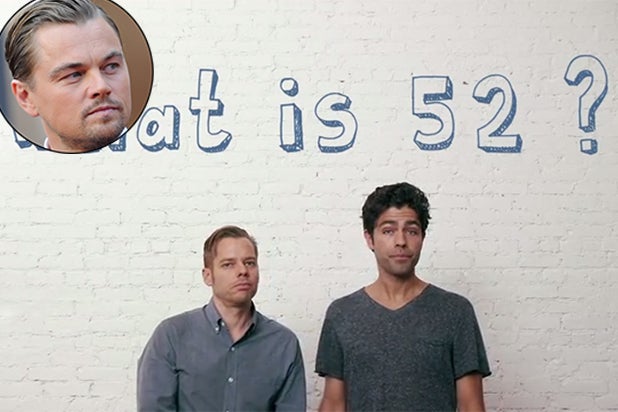 The Leonardo DiCaprio Foundation donated $50,000 on Wednesday to the Adrian Grenier-backed Kickstarter campaign for “52: The Search for the Loneliest Whale.”

The endowment from DiCaprio’s non-profit — combined with contributions from 3,300 other backers — has helped raise over $330,000 for Grenier’s crowd-funded project, which focuses on the “Lonely Whale,” an animal which has spent his entire life in solitude, calling out at a frequency that no other whale understands.

See Photos: TheWrap’s 25 Most Anticipated Movies of 2015: From ‘Fifty Shades’ to ‘Star Wars’ and ‘Spectre’

The funds will be used to help scientists find “52,” and also to create a documentary that explores the expedition and the fight against noise pollution.

As is the case with many Kickstarter campaigns, backers of “52: The Search for the Loneliest Whale” are eligible for tiered rewards based on the size of their donation. The top prize in this case, offered to the first six contributors to pledge at least $7,500, is a “private whale watching experience” with Grenier.

It’s unclear whether DiCaprio or possibly a representative from his foundation will partake.

“Thank you to the 3,300 backers and The Leonardo DiCaprio Foundation for making this science based creative project come to life. These donations validate our ongoing efforts and to get their vote of confidence is a huge moral boost for myself and team Lonely Whale,” Grenier said in a statement to TheWrap.

“The Foundation has been a leader in environmental conservation and I have been inspired by their work. I see how effective they are in many of their initiatives and take my cues from them. This is just the beginning and I can’t wait to share more news with the community.”