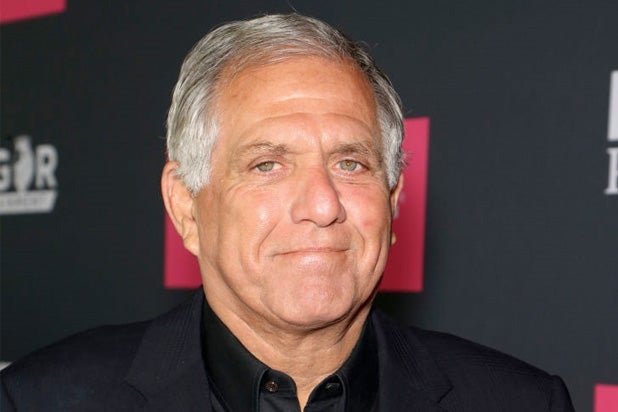 What happens to CBS CEO Les Moonves if an increasingly contentious corporate showdown with his boss Shari Redstone gets even worse?

The unprecedented tug-of-war for corporate control between CBS and its holding company, National Amusements Inc., could lead to Moonves’ exit from the media giant he has shepherded for 14 years — leaving him with a golden parachute of between $181 million and $315 million, according to company filings with the Securities and Exchange Commission.

But depending on how strenuously Moonves resists Redstone’s calls for a merger with Viacom and aims to dilute National Amusement’s voting control of CBS, the top executive could find his exit compensation very much reduced.

“Insubordination or failing to follow the board of directors’ goals is cause for removal,” Ross Gerber, CEO of investment firm Gerber Kawasaki, told TheWrap.

Redstone’s camp very much wants to find a resolution to the current standoff that is in the interests of all shareholders, a person familiar with National Amusements’ approach told TheWrap.

NAI has said in the past that it has no intention of firing Moonves, but the CBS boss may be forcing its hand.

Representatives for NAI and CBS declined to comment for this story.

If Moonves is forced out after this tug-of-war with Redstone, he may not be entitled to receive all of his golden parachute. According to CBS’s latest proxy filed with the Securities and Exchange Commission in April, there are six different ways Moonves could exit the company, each tied to a different payout amount.

Moonves, who is under contract through 2021 and received $69.3 million in compensation last year, is likely to receive $184 million if CBS fires him without cause.

If CBS deems his termination was for “good reason,” then Moonves misses out on a couple million dollars. But if there’s “cause” for Moonves’ firing, his compensation could be zilch. The same is true if he leaves voluntarily without good reason.

Moonves is also promised an additional sum — roughly $131 million — for the company’s stock performance over the last few years, according to CBS. (CBS shares closed at $51.52 on Tuesday, down from $61.47 a year ago.)

That would raise his golden parachute to the neighborhood of $315 million. It’s not clear whether he would still receive that stock-based payout in the event of an involuntary separation.

The proxy gives definitions for what CBS might deem “cause” or “good reason” terminations, but it’s unclear whether Moonves’ move to dilute the National Amusements’ stake and voting power fits into either category.

An excerpt from the proxy says: “A termination for ’cause’ for Mr. Moonves would have been willful misfeasance having a material adverse effect on the company.”

“While the golden parachute in this case seems exceedingly generous — perhaps even excessive — I would be surprised if it was ultimately subject to litigation,” CFRA analyst Tuna Amobi told TheWrap. “Absent any compelling reason for good-cause termination, most companies typically pay up on the parachute, or at least work towards a mutual settlement to avoid likely protracted court proceedings as recently applied to Viacom’s former CEO Philippe Dauman.”

It wouldn’t be easy to fire Moonves, however, especially since the majority of CBS’ current board of directors has backed his maneuvers to thwart Redstone’s intervention. Redstone would have to first remove the members on the board who’ve sided with him and replace them with her own lieutenants.

That was the tactic she used two years ago to oust Philippe Dauman as CEO of Viacom, another media company in which National Amusements has a controlling stake.

Dauman walked away with $72 million after Redstone orchestrated his removal following nearly a decade of dismal performance in revenues and stock value.

While the tug-of-war between Redstone and Dauman was similar, Moonves and the CBS board’s aggressive counter-strike — trying to dilute Redstone’s power as controlling shareholder — raises the stakes and charts new legal ground.

One of CBS’ main arguments in its lawsuit against Redstone and National Amusements is the concern that Redstone might go to similar lengths, replacing board members, which the company’s independent directors argued would not be in the fiduciary interest of shareholders. Redstone has deemed those concerns unfounded.

Still, many analysts see the writing on the wall for Moonves.

“I think Les Moonves is done,” Gerber told TheWrap last week. “I don’t think this ends well for Les or CBS. It’s not his company. He doesn’t own it, and I think he’s going to learn the hard way.”