On the eve of the opening of its huge summer blockbuster "Transformers: Revenge of the Fallen," Paramount fired two of its top film executives on Friday, and promoted Adam Goodman to head the studio’s film group instead.

John Lesher was fired as President of Paramount’s Film Group on Friday afternoon, as was the co-chief of production Brad Weston. Both have been offered producton deals on the Paramount lot.

"Adam has proven himself to be a terrific executive with a track record of having shepherded some incredibly successful films," said Paramount chairman Brad Grey in a statement. "We have worked closely with Adam over the last few years and look forward to expanding his duties."

In explaining the decision, a Paramount executive noted that the studio needed to streamline its structure since it is now only making 12 to 14 movies a year, and distributes others being produced by Marvel and DreamWorks Animation. The studio previously produced and distributed more than 20 films per year.

"It was time," said one senior executive who spoke on condition of anonymity.

But it could not be a coincidence that the decision comes on the heels of the spectactular flame-out of the Eddie Murphy vehicle "Imagine That," which opened in 3,000 theaters and took in just $5.5 million.

Weston was the executive responsible for that bomb.

"Transformers," on the other hand, fell to the credit of Goodman, who shepherded the first film in the franchise as a production executive when it was still at DreamWorks.

The second in the franchise will open this coming Wednesday June 24.

Lesher, the ex-agent and former head of Paramount Vantage, was known as a top lieutenant of Paramount chairman Brad Grey, bringing in talent and high-profile projects to the indie division. He was promoted to head the film group after such films as “Babel,” “There Will Be Blood” and “No Country for Old Men” brought the studio Oscar glory.

But his division also lost the company $100 million. Nonetheless, Grey promoted Lesher, but both he and studio vice-chairman Rob Moore have become increasingly disenchanted with the executive in recent months.

In typical Hollywood fashion, Lesher’s professional execution was announced on a blog before he found out; the news broke on Deadline Hollywood Daily not long before  the studio issued a press release.

Grey has turned to ex-DreamWorks veteran Goodman, whose background is more mainstream commercial fare, including relationships with the lucrative comedy clique that led to "Blades of Glory" and other moneymaking hits.

In a press release, the company said: "Paramount has revamped its production executive structure and put Adam Goodman in charge, reporting to Brad Grey. Goodman will become president of the Paramount Film Group, with the studio’s motion picture production labels reporting to him. He will assume the duties of John Lesher, who has been offered a production deal with the studio. Brad Weston will shift out of his role as president of production. He has been offered a production deal on the Paramount lot.

The release noted that Goodman was head of production at DreamWorks SKG during the 2006 acquisition of the company by Paramount. He has helped steer such successful releases as "Transformers," "I Love You, Man," "Hotel for Dogs," "Norbit," "Blades of Glory," "Disturbia," "Tropic Thunder" and "Eagle Eye." Goodman was named president of production at Paramount in October of 2008.

Lesher came to Paramount from Endeavor, where he was a partner, to be the founding president of Paramount Vantage. Under Lesher, Paramount’s releases included the Oscar-winning "An Inconvenient Truth," "Babel," "There Will Be Blood" and "No Country for Old Men," "The Curious Case of Benjamin Button" and "Star Trek."

"John has made great contributions to Paramount and has nurtured a series of powerful films which have had a true cultural impact," Grey said, according to the release. "We look forward to working with him in the future." 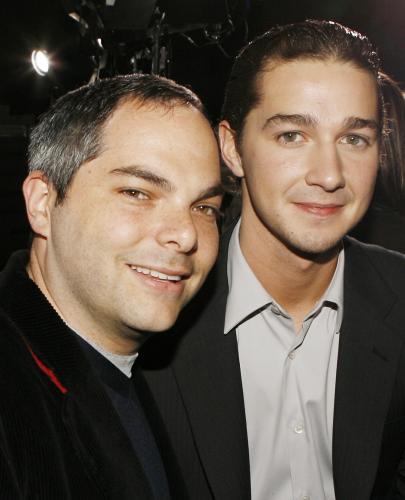