The video was shot during the filming of a Season 2 episode that was directed by Crawford and shows Wayans being hit in the head with shrapnel.

“Now that the fate of the show is solidified,” Wayans said, referring to it being renewed for Season 3 without Crawford, “I’d like to address the Twitter outrage with this video and image to follow #directedby@ClayneCrawford.”

Also Read: Fox Brass on Clayne Crawford's 'Lethal Weapon' Firing: 'This Was Not Our Choice'

Wayans’ next post said: “How does the shrapnel from this hit me on the opposite side of the head? #directedby@ClayneCrawford.”

Later he added: “Below is a rendering seeking to explain yesterday’s incident. It turns out there was a second shooter, to Damon’s left, on the other side of the pillar behind which his character was crouched, which accounts for what he heard from his left side. @claynecrawford #noapology.”

See screenshots of the tweets below. 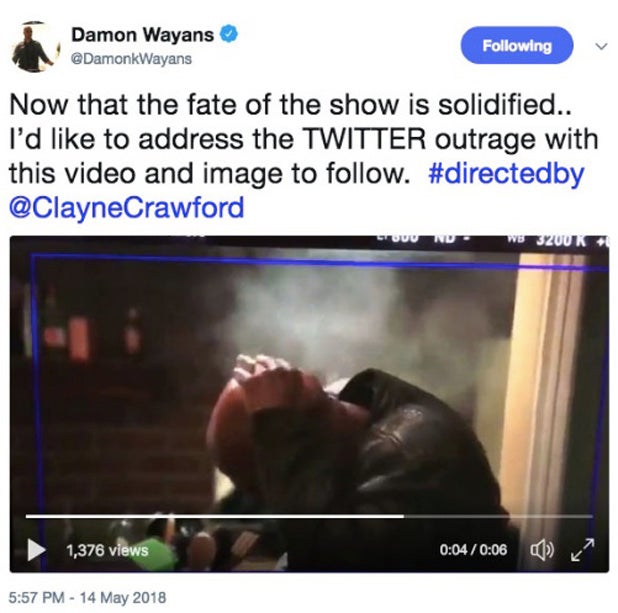 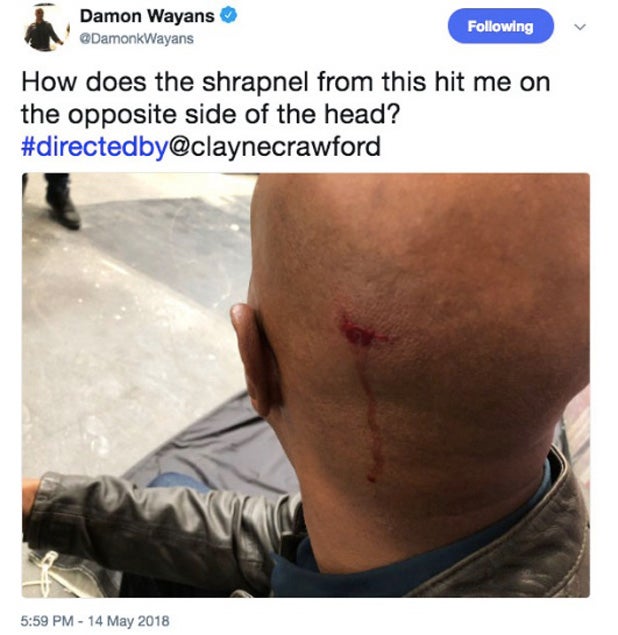 According to IMDb.com, Crawford directed the Season 2 episode titled “Jesse’s Girl,” which aired on April 24.

A representative for Fox referred TheWrap to Warner Bros. Television, who did not immediately respond to our request for clarification on Wayans’ tweets.

On Sunday, Michael Thorn, president of entertainment at Fox Broadcasting Company, announced that “Lethal Weapon” had been renewed for a third season, and that Seann William Scott (“American Pie”) would join the cast as a new character who folds into a partnership with Roger Murtaugh (Wayans).

A spokesperson for Warner Bros. Television added that the studio had “decided not to renew Clayne Crawford’s contract for ‘Lethal Weapon,'” following incidents of bad behavior on the Fox action drama’s set, for which he apologized.