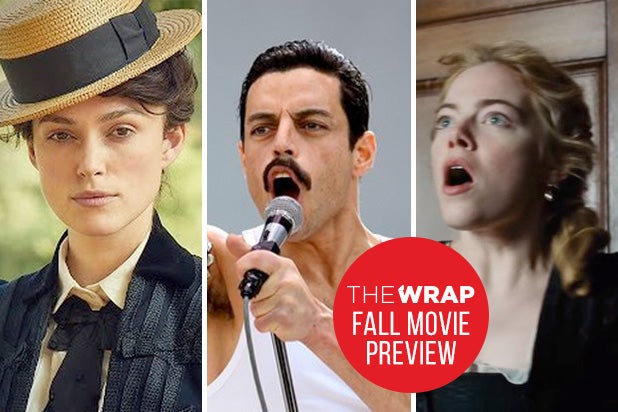 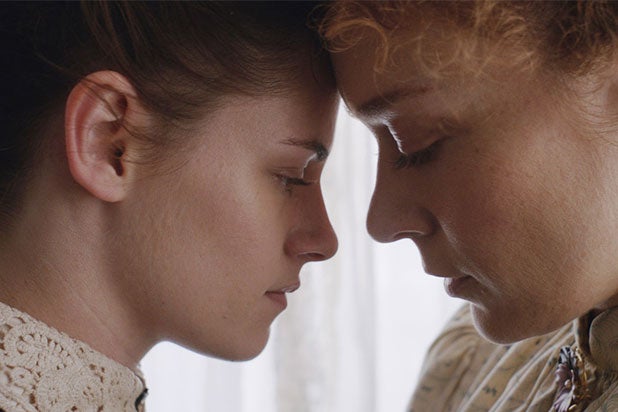 "Lizzie" (Sept. 14)  Chloe Sevigny stars as the 19th-century axewoman who killed her father and stepmother -- but also had a romantically charged relationship with the family's live-in maid (Kristen Stewart).

"Colette" (Sept. 21)  Keira Knightley stars as the early-20th-century French author who confronts not only the patriarchy (in the form of her husband, who initially takes credit for her books) but also dallies with women, including the cross-dressing noblewoman Mathilde de Morny (Denise Gough).

"The Happy Prince" (Oct. 10)  Rupert Everett directs and stars as the Irish author Oscar Wilde as he lives out his last days in exile following his conviction for "gross indecency" with men.

"1985" (Oct. 26)  Cory Michael Smith ("Gotham") plays a closeted ad executive who returns to his Texas hometown during the first wave of the AIDS crisis in this well-reviewed indie drama.

"Boy Erased" (Nov. 2)  Lucas Hedges ("Manchester by the Sea") plays the gay son of a Baptist minister who is sent off to a gay conversion therapy program.

"El Angel" (Nov. 9)  Luis Ortega’s debut feature, which debuted to raves in Cannes, follows the true-life story of a baby-faced thief who embarked on a murderous crime spree with his schoolmate.

"Postcards From London" (Nov. 9) Harris Dickinson ("Trust") stars as an Essex boy who arrives in London and falls in with older boys who teach him how to be a hustler to a high-class clientele.