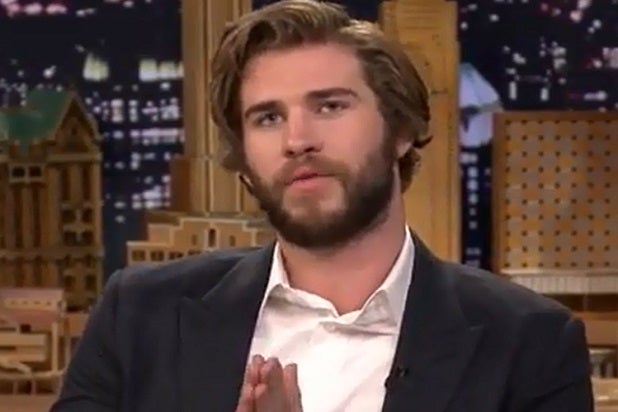 Jennifer Lawrence has had plenty of awkward moments of her own. She also, apparently, excels at spreading that awkwardness to her costars.

Liam Hemsworth, who stars with Lawrence in the “Hunger Games” franchise, dropped in on “The Tonight Show” on Friday to discuss, among other things, what it’s like to smooch with the actress onscreen.

While answering fans’ Twitter queries, Hemsworth, who plays Gale Hawthorne in the “Hunger Games” films, tackled the question of his most challenging scene to shoot.

“Any time I had to kiss Jennifer was pretty uncomfortable, really awkward,” Hemsworth replied.

Apparently, his costar had a habit of eating “disgusting” foods prior to locking lips with Hemsworth.

“She’s one of my best friends, I love her. But if we had a kissing scene she would make a point of eating garlic or tuna fish or something that was disgusting,” Hemsworth revealed. “And right before the scene she’d be like, ‘Yeah, I had tuna,  I had garlic, and I didn’t brush my teeth.’ Fantastic, I can’t wait to get in there and taste it.”

It is hard to imagine how anyone could have any hunger after a stomach-churning experience like that.