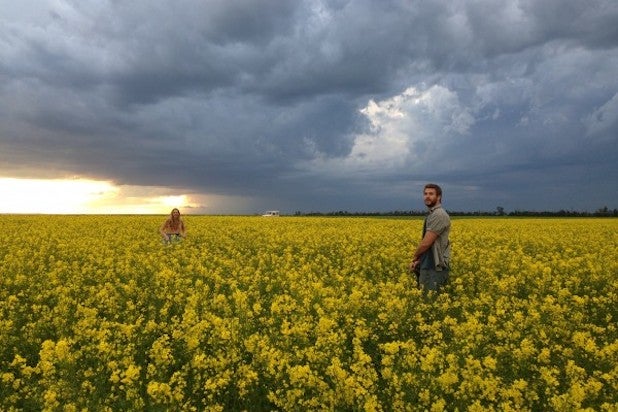 A24 Films and DirecTV have acquired the Liam Hemsworth thriller “Cut Bank” in advance of the Toronto International Film Festival. Matt Shakman directed the movie, which premiered earlier this summer at the Los Angeles Film Festival.

A24 and DirecTV will release the movie in 2015, and eOne Films International will be shopping foreign rights in Toronto next month.

“Hunger Games” hunk Hemsworth stars as a small-town Montana mechanic who’s desperate to move to the big city. He finds his ticket out when he comes into possession of evidence of a murder.